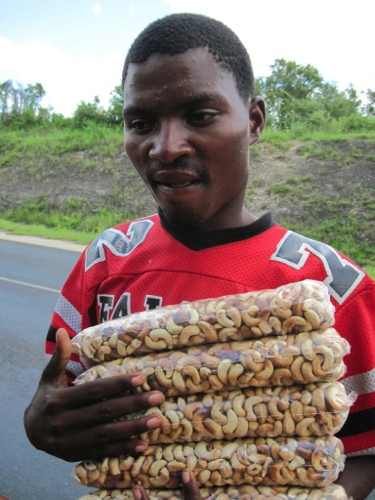 Mozambique’s Cashew Institute (INCAJU) said it needs funding to launch commercial cashew production in Mogovolas, Nampula province.
Filomena Maiopué, director of INCAJU said that a 10-hectare plot had been selected to plant cashew trees, Vietnam, the project’s partner, had provided the necessary know how, but funding had yet to be secured.
This will be the largest cashew production project in Mozambique and the scheme is later expected to be rolled out to the rest of the country.
A cashew research centre was recently created in Nassuruma, Nampula province, in partnership with Tanzania, with a view to bolstering research and studies of the crop in Mozambique.
Cashews are produced in almost all of Mozambique’s southern provinces, in Sofala and Zambézia in central Mozambique as well as in Nampula and Cabo Delgado in the north.
Average annual cashew production in Mozambique is estimated at 90,000 tons. MDT/Macauhub