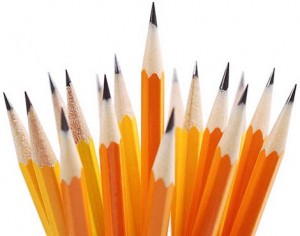 A project for graphite and vanadium exploration drafted by Triton Minerals in Mozambique requires an investment of USD110 million, the Australian company said as it prepares to move forward with a pre-feasibility study.
After getting the first results of geological and economic evaluation of the deposit in Nicanda in the last quarter, Triton Minerals re-stated the “big potential” of the North Balama project, one of the three projects it leads in the province of Cabo Delgado (northern Mozambique).
In a summary of activities in Mozambique in 2014 sent to Macauhub, the company points out that data shows Nicanda has the largest combined deposit of graphite and vanadium in the world, containing 1.457 billion tons at an average concentration of 10.7 percent of graphitic carbon, along with 3.93 million tons at an average concentration of 0.27 percent vanadium pentoxide.
Triton Minerals said that the deposit had an operating life of 29 years, and it expects the project to require total investment of US$110 million, of which US$65.2 million just for installation of the production unit, whose processing capacity is 1.8 million tons per year.
Triton expects initial operation to being in early 2017 and in the first months of this year to carry out a pre-feasibility study, looking to supplement those carried out to date and thus to demonstrate the economic potential of the project and attract possible investors.
At the same time, the mining company will conduct further studies to assess the economic benefit of different processing methods, taking into account the results of a metallurgical analysis of the graphite taken from Nicanda, which suggests a high potential for graphite production with high level of purity (99 percent).
This concentration would allow the company to produce expandable graphite, used in insulating foams, mattresses or rubber products, powdered graphite in photovoltaic units or high temperature furnaces, spherical graphite in lithium ion batteries, or as raw material for the steel industry.
Of the top 20 investors that make up the shareholder structure of the company, Citicorp Nominees Pty Limited, of Citigroup, has the largest share (22.23 percent), followed by the non-executive chairman of Triton Minerals (3.22 percent), Alan Gordon Jenks and JP Morgan Nominees Australia Limited (3.04 percent).
In the three projects it has in Mozambique – Ancuabe, Balama Norte and Balama Sul – Triton Minerals has a majority holding of 80 percent, with the remaining 20 percent in the hands of Grafex Ltd.
MDT/Macauhub