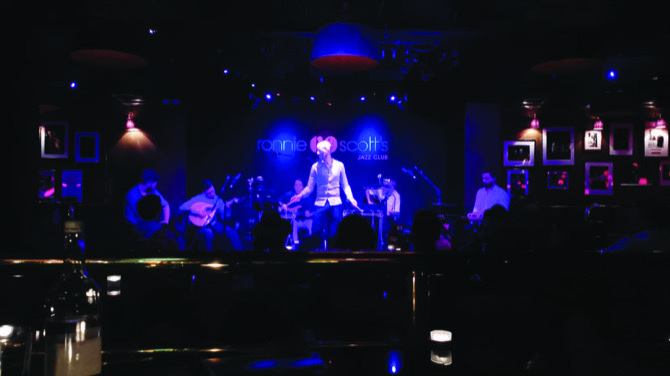 Earlier this week Caetano was invited to be part of BBC Radio’s Robert Elms show.

“I went there and the team played [some tracks] off the album and better than that, they passed the whole album to the BBC system,” he told the Times yesterday, explaining “this means that the album is now part of the BBC Radio library and can be included in more playlists.”

As Caetano told the Times, “they became fans of the album. It has a new and fresh sonority that is not common in nowadays music.”

For the artist this is an important step as it represents “the recognition of all the work that has been done over the past five years.”

For Caetano, it was a particular honor to be presented on stage by jazz legend and founder of Incognito, Jean-Paul “Bluey” Maunick.

Caetano revealed that, in addition to playing his new album, he was able to perform as a bonus a few songs of “future projects” that might be singles one day.

For now the artist is focused on continuing to promote his new album, “Rhythm & Fado,” with the help of its distributor Awal.

“[Awal] is a great distributor and a pioneer in new technologies and online distribution,” Caetano said. “With them I can achieve distribution in all online platforms which nowadays means a lot.”

“Besides the royalties that can come from there, this means traffic to our pages and social media platforms, which is important to keep me moving [forward].”

With the album on hand and dedicated online distribution Caetano is says he now must wait to learn how it is received by the public. “It is a matter of time,” he said. “I need to give time for people to listen to it and to start receiving their feedback.”

As for concerts, he announced that an Asian tour with a Macau date is coming. In addition, he also expressed a desire to perform the new album in Portugal and, maybe, Brazil.