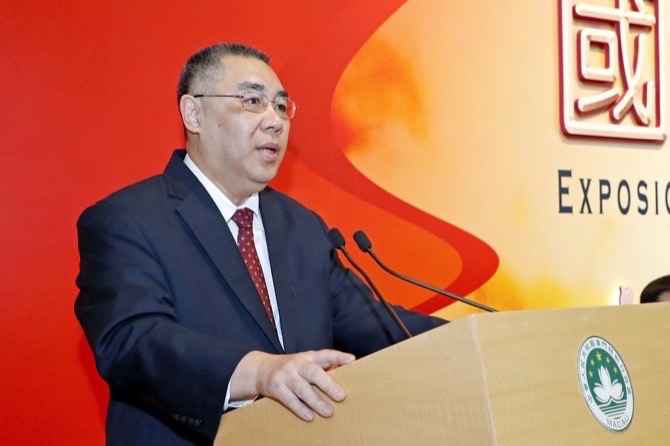 Macau’s Secretary for Security, Wong Sio Chak, said yesterday that the local government was committed to expediting work on laws and regulations that will lead to the implementation of the national security legal framework.

Wong made the comments on the sidelines of the opening ceremony of the National Security Education Exhibition, being held in the Macau SAR for the second consecutive year.

According to Chinese President Xi Jinping, national security promotion involves co- opting the civilian population to fulfill their patriotic duty and be on the lookout for anything that could undermine the country’s stability.

The president previously outlined that “national security is of paramount importance for the people to live and work in peace and for realizing the Chinese dream of national rejuvenation.”

At the local level, the Macau government has been introducing news laws and regulations to support the implementation of the national security legal framework. These include new restrictions on immigration controls and permits to stay and reside in Macau, as well as a legal framework for the interception of communications.

The government completed last year individual rounds of public consultation on both of these matters and is now expected to move forward with the legislative process.

Secretary Wong said he hoped all necessary legislative procedures regarding the cybersecurity law could be completed in the first half of this year, including approval from the Legislative Assembly.

The government expects to submit the new legal framework on immigration controls and permits to stay and reside in Macau to the Legislative Assembly for discussion this year, Wong added.

Wong also said that Macau’s security authorities were making every effort to ensure that all major events taking place in the city this year would be carried out in a safe and peaceful manner. The high- profile events include the Chief Executive election and the 20th anniversary of the establishment of the Macau Special Administrative Region.

In his address, Chui called on the community to make further effort to discharge its duties and obligations in safeguarding national security and be more vigilant for challenges in times of peace. Specifically, he said, there is an obligation to recognize that the concept of “one country” on national security issues, was not at odds with the “two systems” principle.

The four main themes of the exhibition are: “the road to national rejuvenation”, “staying alert to the challenges ahead”, “safety and development”, and “our responsibilities.” 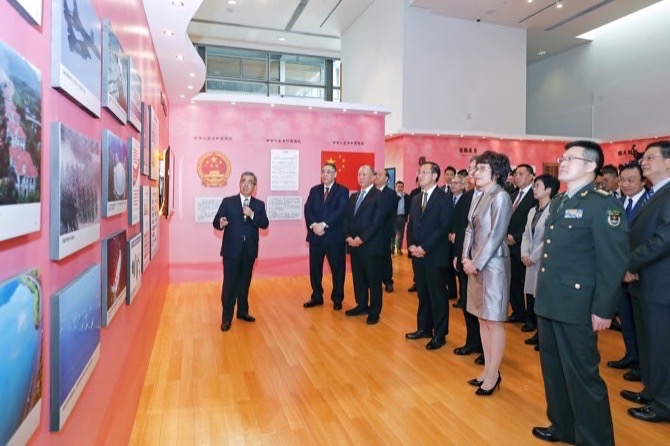