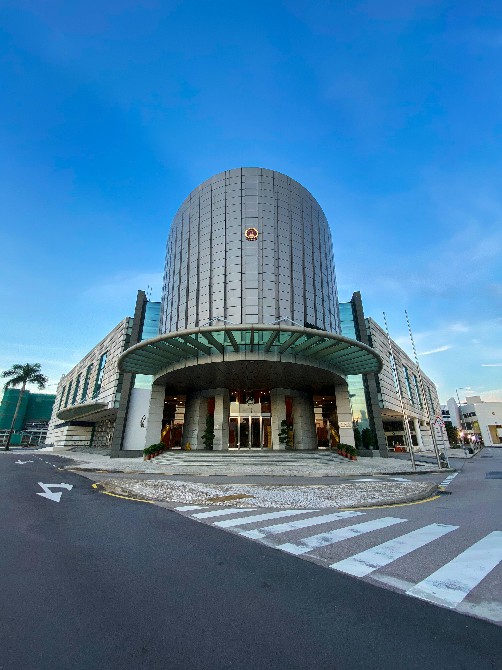 The first plenary session of the new Legislative Assembly (AL) was held yesterday with the issues of the Covid-19 pandemic and resulting economic crisis cutting across all spoken inquiries during the period before the agenda.
Anticipating the Policy Address for 2022, expected to be delivered in mid-November, lawmakers took the opportunity to send a combined message to the Chief Executive on continuing economic support to the general population, as well as to local companies, especially those of smaller size and in sectors that have been severely affected by the lack of tourism.
A total of 26 spoken inquiries were delivered, each touching in one way or another on the topic of the pandemic and the need for more decisive action to tackle the economic downturn affecting the population.
Most of the inquiries called for continuation of the Wealth Partaking Scheme also known as the “government cheque,” as well as a new round of consumption vouchers. Most lawmakers called for residents’ consumption cards or vouchers to be reloaded with a further 8,000 patacas.
Going even further, lawmaker José Pereira Coutinho called for an increase to consumption vouchers of 10,000 patacas for the “most vulnerable families, such as the elderly, the disabled, single-parent families, informal caregivers, orphans, the bedridden and the unemployed.”
Picking up where Pereira Coutinho left off, Che Sai Wang, the second lawmaker elected by New Hope List and a newcomer to the AL, also called for an additional special allocation of 15,000 patacas to all civil servants who have been working at the forefront of the Covid-19 pandemic response as a “morale boost” and a reward for their work and dedication.
A large number of lawmakers also addressed concerns over the unemployment situation and layoffs, calling on the government to address the matter seriously and amend labor laws as soon as possible to regulate the matter.
Leading this call were lawmakers linked to the Macao Federation of Trade Unions, with Ella Lei calling on the government to also consider a new mechanism for supporting companies in difficulty as well as workers who have been systematically laid off.
Lei expressed a view that the eight measures previously presented by the government, which aim to support companies in obtaining financing, do not work as companies will continue to drown themselves in loans, thereby increasing the risk of bankruptcy.
She also called for special measures to address specific professional sectors, such as tutoring centers and businesses related to the arts and culture, among others that have been repeatedly forced to suspend operations due to fears of potential outbreaks.
Leong Sun Iok had earlier addressed critics of the “zero cases policy,” noting that, while it safeguards the population’s health, it is eventually the bigger obstacle to economic reactivation. Leong called for the establishment of a new socio-economic model to operate in the context of the pandemic to reduce the impact on employment and economic activities.