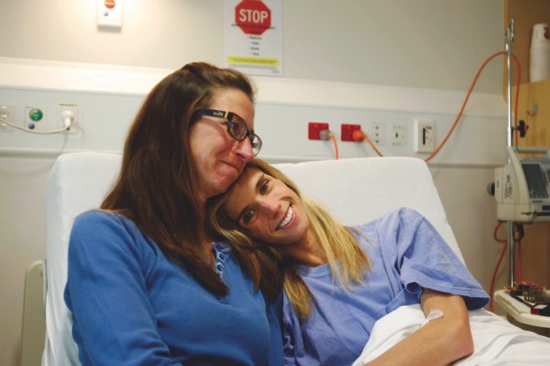 An American exchange student and her mother were rescued over the weekend in the New Zealand wilderness, where they were lost for five days after setting off on a day hike. A helicopter pilot spotted the large “help” signs they had made from fern fronds.
After thinking she would die, 22-year-old Rachel Lloyd is now recovering in Wellington Hospital with her mother, Carolyn Lloyd, by her side. The pair recounted their ordeal to The Associated Press.

DAY ONE: Carolyn Lloyd, 47, of Charlotte, North Carolina, was visiting her daughter for about a week, and Rachel was eager to show her some highlights of New Zealand. They had planned to hike the Tongariro Alpine Crossing, a popular route that was the backdrop for some of the scenes in “The Lord of the Rings” movies. But the winds that day were too strong, so they changed their plans to do a day hike in the expansive Tararua Forest Park. It was close to where Rachel was completing a semester abroad at Massey University in Palmerston North, after finishing most of a double degree at North Carolina State University in Raleigh.
They left April 26, with Rachel’s college backpack filled with some water, trail mix and other snacks. They followed orange markers up a trail for about three hours to a summit, where they enjoyed sunny weather and spectacular views. But as they set off to complete the circular trail, they couldn’t locate any more orange markers and started following some blue markers down a hill. They figured it was a continuation of the trail but later learned it was probably a track for pest monitoring.
“It got very steep, very jungly,” said Rachel. “The markers completely stopped after about 20 minutes but it was so steep it was physically impossible to climb back up.”
Rachel said they continued descending until they got stuck on a tiny ledge atop a 182-meter (600-foot) waterfall. As it got dark, they straddled a tree and lay atop one another to keep warm, keeping each other awake so they wouldn’t fall over the edge.

DAY TWO: Carolyn opened a package of cheese, only to have it tumble over the waterfall.
The pair forged ahead by scaling down the cliff next to the waterfall.
“There would be one tiny little rock, or one tiny shrub, and we’d swing to the next thing,” Rachel Lloyd said.
Once down, they followed a stream, figuring it would lead eventually to civilization. But they were forced to keep switching sides and Rachel fell head first into the icy water, hitting her head on a rock.
“That’s when I started going downhill,” she said. “I could never get dry and couldn’t get warm the rest of the trip.”
Carolyn piggybacked her daughter at times as they continued their journey. They made camp that night in a grassy clearing. They gathered ferns and lay atop each other as they tried to keep warm in temperatures which fell close to freezing.
“At this point it was very scary,” said Rachel. “I was trying to stay positive, and constantly praying, asking God to be with us.”

DAY THREE: Their cellphones died. They had been able to get reception at the summit but hadn’t been able to get service since they’d gotten lost. They had tried to conserve the batteries by switching off data and apps while periodically checking in to see if they could get reception.
Now they had no way to contact anybody, and nobody yet knew they were missing. Unknown to them, Carolyn’s husband, Barry, had been sending messages, urging them to get in touch, but hadn’t yet raised the alarm. And some hikers in the area stay overnight in huts, so the fact their car remained at the trailhead may not have seemed unusual.
The pair kept following the stream but it became deep and unpassable. They turned back and found a flat area with some sun and decided to stay put.
Rachel said her health was failing and she was losing her vision and hearing. They were rationing what little food they had left, eating as little as three peanuts at a time. They were able to drink fresh water from the streams.

DAY FOUR: Carolyn came up with the idea of making the “help” signs. She made one in a creek bed and another in a clearing, using dead fern fronds, sticks and stones to make letters about 2 meters (6 feet) high.
“I was like a zombie, very dizzy, disorientated and cold, in my wet clothes,” said Rachel. She said her mother was incredibly supportive.
Rachel said she thought she was going to die, and began relaying her last wishes to her mom, telling her who should get various souvenirs she’d collected in New Zealand.
“I was terrified as a mother,” said Carolyn. “I was doing everything I could to keep her alive.”
By this time, authorities knew something was wrong. Carolyn had failed to check out of her hotel and return her rental car. Police had been in touch with family members back in the U.S., who were frantic. Authorities sent search teams into the forest.

DAY FIVE: Jason Diedrichs, chief pilot for Amalgamated Helicopters, said police asked him Saturday morning to try to find the missing women. He didn’t know all the details, he said, but knew that after four nights missing, it could well be a mission to haul out bodies.
However, after 30 minutes of searching, at about noon, he spotted a “help” sign in a riverbed. As he circled overhead, he spotted the second “help” sign in a small clearing and saw the two women waving.
“To be honest, we were pretty relieved,” Diedrichs said.
He said Carolyn seemed OK but Rachel was clearly weak and exhausted, and he needed to lift her into the helicopter. She was later admitted to Wellington Hospital suffering hypothermia and undernourishment. She said yesterday she expected to stay there a couple more days, with her mother by her side.
Rachel said despite everything, she intends to finish her studies in New Zealand. And she wants to thank everyone who helped, including police, university officials and U.S. Embassy staff.
“I’m feeling so, so much better,” she said. “I’ve gotten a lot of food into me, I’m eating all the time, and just hearing my father’s voice, and my brother’s voice. On both sides of the equator, everyone’s support and love has been so overwhelming.” Nick Perry, Wellington, AP 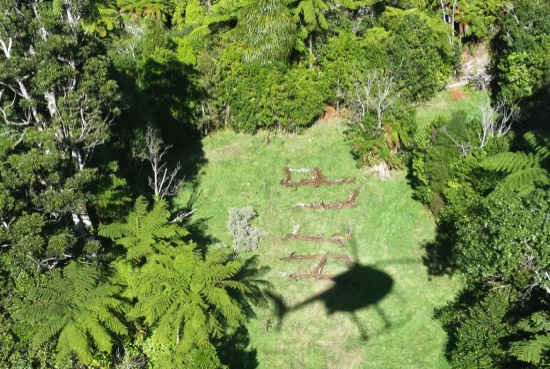