News of the World | China marks National Day with military might 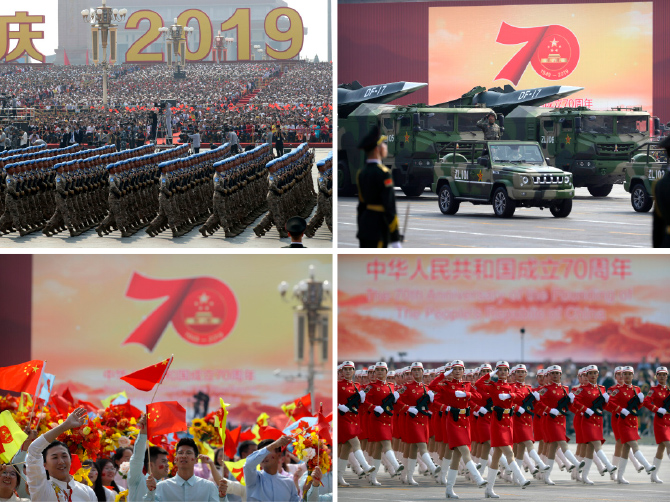 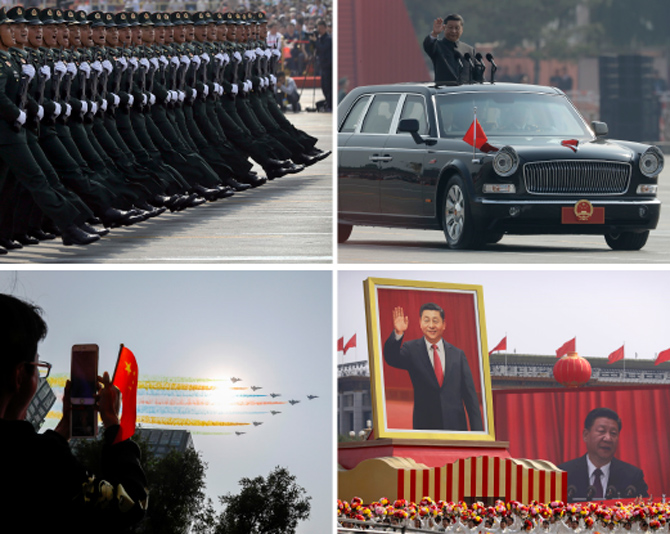 China marked its National Day with a massive parade through the center of Beijing featuring missiles, tanks and thousands of marching troops, along with tributes to the country’s Communist Party leaders and the striking economic and social developments achieved since the People’s Republic was founded 70 years ago.

Leading the festivities was party leader and President Xi Jinping, who reviewed the troops both from through a standing position in his limousine and the viewing platform above iconic Tiananmen Gate.

Following the show of military might, the parade continued with floats representing the vast nation’s far-flung regions and key events such as the opening of the economy in the 1980s, the return of Hong Kong and Macau to China in the late 1990s and the 2008 Beijing Olympics.

Bands played and choirs sang, while dancers waved colorful fans and bouquets. Military aircraft flew overhead, leaving colorful contrails in their wake, while balloons were released in a final flourish. 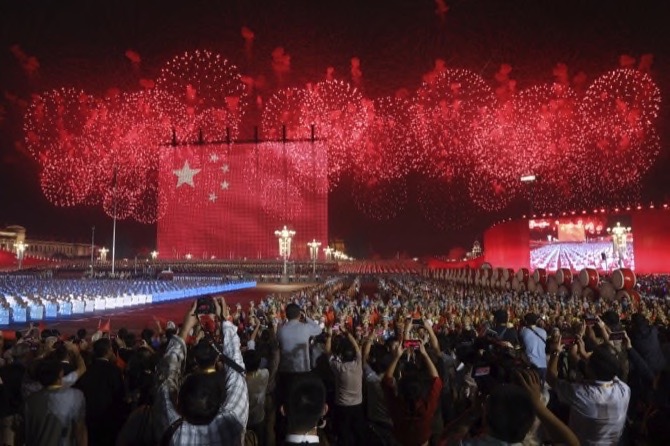 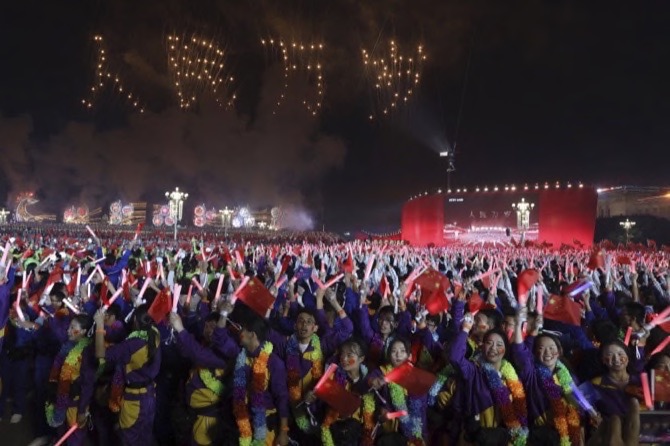 The event was engineered to direct credit for China’s achievements on the ruling party, which has built the country into the world’s second-largest economy and an increasingly assertive world power, while crushing all political opposition and strictly limiting civil liberties.

In his address, Xi, dressed in a traditional gray Mao suit, said, “No force can shake the status of our great motherland, and no force can stop the progress of the Chinese people and the Chinese nation.”

Leaders past and present watched the proceedings from atop the gate that lies at the northern end of sprawling Tiananmen Square.

While the China’s communist party and state was celebrating its might, an 18-old student was shot in the chest with live ammunition by anti-riot police. MDT/AP