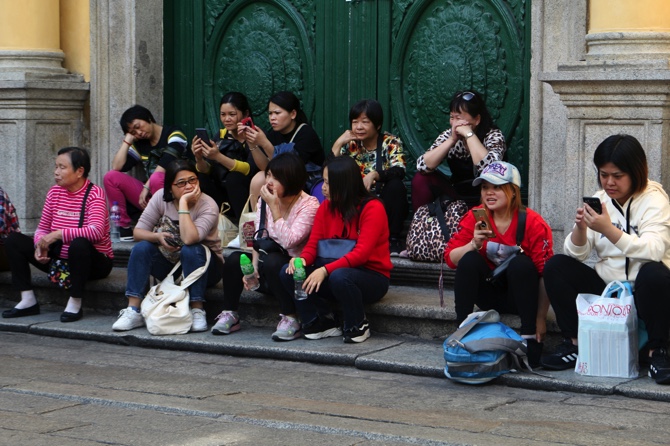 Lawmakers Ngan Iek Hang and Zheng Anting have presented two separate spoken inquiries to the government continuing to call on the executive to find an urgent solution for the hiring of domestic workers by local families.

The inquiries, presented yesterday at the Legislative Assembly during the period before the agenda, called on the government to find an urgent solution for the families that have been struggling over the past almost two years without being able to import non-resident workers for domestic service.

Ngan noted that in most families both parents work outside the house and, in many cases due to main industries in Macau, they do shift work without much time to dedicate to taking care of their young children.

Without the possibility of importing domestic workers from abroad due to the border restriction enforced in response to the Covid-19 pandemic, the young children of local families are increasingly unattended. Ngan voiced concerns that leaving children unattended can lead to “deviant behavior.”

Ngan went on to note his concern that this could jeopardize social harmony, further noting that the extended prohibition of importing domestic workers might deter young couples from having children or even getting married, he said.

The lawmaker called the government to incentivize companies to increase the benefits to families and increase flexibility on working schedules, especially for those who have young children.

In his turn, lawmaker Zhang also expressed concerns on the impossibility of hiring new domestic workers causing an “unbalanced” situation resulting in currently employed domestic workers constantly calling for the increase of their salaries, which families who employ them feel forced to comply with for fear of losing those workers. Zhang claimed that domestic workers currently in Macau who are looking to change employers have a “blackmailing” attitude, threatening families with not renewing their work contracts unless their salary is raised to at least 5,000 to 6,000 patacas or more. According to Zhang this represents, in most cases, a salary increase of 46%.

Zhang added that previously the “government has suggested hiring domestic workers from the mainland, but many families say that the starting salary for most of these workers ranges between 7,000 and 8,000 patacas, to which is added an annual fee of 3,600 patacas, [meaning] a total amount that exceeds the capacity of families in general.”

The lawmaker called on the government to take action to not allow this situation to continue wherein extra pressure is being placed on local families who are already facing severe setbacks due to the pandemic, such as reduction of income, or layoff.

Zhang calls on the government to take this opportunity to define more rigorous criteria for the issuing of working visas as well as to proceed with a thorough investigation into the reasons that can lead to a change of employer for non-resident workers.

With these suggestions, Zhang intends to block blue cards holders from seeking new employers unless the termination of their contract is the decision of the employers.