No immigration loopholes for unskilled TNRs, skilled can avoid U-turn 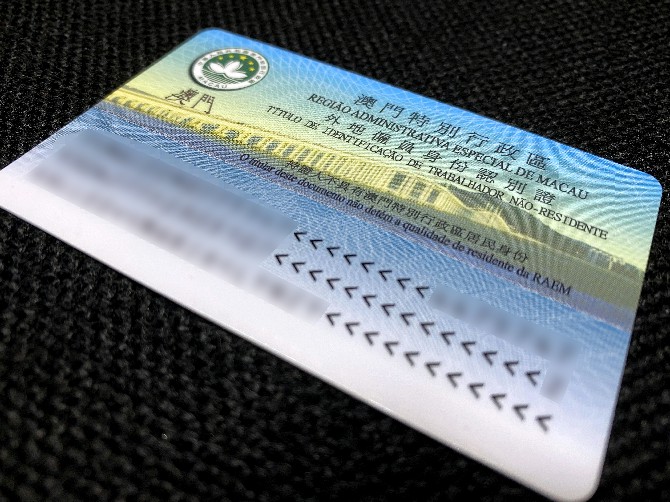 Non-resident workers (TNRs) engaging in skilled professional activities are exempt from the requirement to exit and then return to Macau if they want or need to change employer, the Public Security Police Force (PSP) confirmed in a written reply to the Times.
According to the PSP, “if the new job belongs to specialized work, […] [the worker] can apply [for a new blue card] in Macau and be granted a ‘work permit’”.
Nevertheless, this exemption only applies if the worker has not terminated his or her contract without just cause, expiration of previous work contract, or contract termination by mutual agreement. Otherwise, “a new authorization cannot be issued in favor of the same non-resident before a period of six months has passed,” the PSP also clarified.
The PSP also remarked that following the current epidemic control and prevention measures enforced by the Macau SAR government by order of the Chief Executive, “foreigners (including foreign workers) have been prohibited from entering Macau since mid-March 2020. [These measures] were adjusted from January 31, 2021 [to allow] people who have obtained a permit to remain as a worker, or an entry permit for work purposes, to apply for the exemption from the entry ban if they had stayed on the mainland in the 21 days before entering Macau”.
The PSP also noted to the Times that it “will continue to maintain close contact with institutions and services, to monitor the situation regarding the issuing of visas to the mainland for non-resident workers who are currently stranded in Macau.”

Difficulties for unskilled TNRs
In the same response to the written inquiry, the PSP reaffirmed that when a TNR is engaged in professions classified as unskilled or domestic work, to change employer, “they need to enter from a place outside the Macau SAR, [in order to be granted] the ‘work permit’ and provide services to the employer.”
The rule applies both to people who were already working in Macau and to new workers. In the second case, the rule requiring a stay of 21 days in the Mainland before entering Macau also applies.
Obtaining mainland travel visa the most difficult step
According to several TNRs engaged in unskilled jobs who have or are currently undertaking this process, the most difficult step is being granted a travel visa to the mainland.
The TNRs who requested not to be named in this story told the Times that once their visa to the mainland is granted, the process of getting a Macau work permit is neither long nor very complex.
Conducting the process through a local employment agency, they explained that after they received the travel visa to the mainland, they just needed to book a hotel in Zhuhai (usually for about two nights) and then follow the exit procedure from Macau.
After arriving in Zhuhai, they waited at their hotel for the employment agency to inform them of the approval of their work permit, before being able to reenter Macau and begin working immediately.
As for the granting of the “blue card”, the process takes a lot longer, they said, with TNRs booking appointments to collect the documents two to four months in advance.

Sinopharm vaccine is a must
The same group of TNRs also said that to see a travel visa approved, a complete vaccination against Covid-19 using Sinopharm’s inactivated virus vaccine is a must. They noted that there are cases of people vaccinated with the BioNTech mRNA vaccine, whose visa requests have been rejected on the grounds of “not being considered as vaccinated.”

According to statistics provided to the Times by the PSP from June this year, 381 foreign nationals have applied for a Certificate of Personal Movement Record from the PSP.
This certificate is for the purpose of applying for a visa to the mainland.
The document certifies that the holder has not left Macau during the 28 days before the date of issue. Thus, the holder is exempt from the period of medical observation in quarantine on arrival on the mainland.