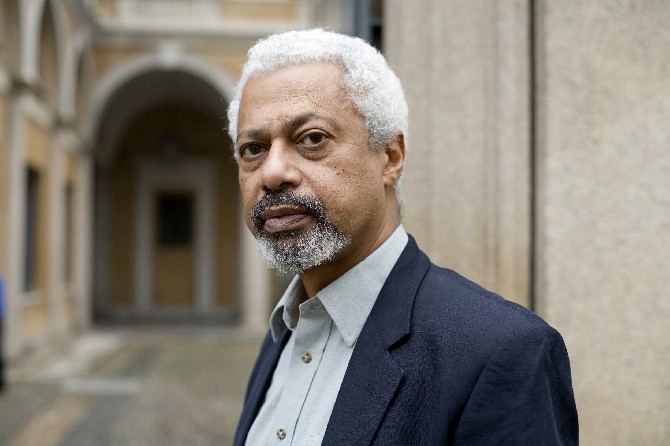 U.K.-based Tanzanian writer Abdulrazak Gurnah, whose work explores the profound impact of migration on uprooted people and the places they make their new homes, won the Nobel Prize for Literature yesterday.
The Swedish Academy said the award was in recognition of Gurnah’s “uncompromising and compassionate penetration of the effects of colonialism and the fate of the refugee in the gulf between cultures and continents.”
Gurnah, who recently retired as a professor of post-colonial literature at the University of Kent, got the call from the Swedish Academy in the kitchen of his home in southeast England.
“I’m absolutely excited,” he told The Associated Press. “I just heard the news myself.”
Born in Zanzibar in 1948, Gurnah moved to Britain as a teenage refugee after an uprising on the Indian Ocean island in 1968.
He is the author of 10 novels, including “Memory of Departure,” “Pilgrims Way,” “Paradise” — shortlisted for the Booker Prize in 1994 — “By the Sea” and “Desertion.”
Anders Olsson, chairman of the Nobel Committee for literature, called him “one of the world’s most prominent post-colonial writers.” He said it was significant that Gurnah’s roots are in Zanzibar, a place that “was cosmopolitan long before globalization bonus.”
“His work gives us a vivid and very precise picture of another Africa not so well known for many readers, a coastal area in and around the Indian Ocean marked by slavery and shifting forms of repression under different regimes and colonial powers: Portuguese, Indian, Arab, German and the British,” Olsson said.
He said Gurnah’s characters “find themselves in the gulf between cultures … between the life left behind and the life to come, confronting racism and prejudice, but also compelling themselves to silence the truth or reinventing a biography to avoid conflict with reality.”
Luca Prono said on the British Council website that in Gurnah’s work, “identity is a matter of constant change.” The academic said Gurnah’s characters “unsettle the fixed identities of the people they encounter in the environments to where they migrate.”
Gurnah, whose native language is Swahili but who writes in English, is only the sixth Africa-born writer to be awarded the Nobel for literature, which has been dominated by European and North American writers since it was founded in 1901. He is and the first Black African winner since Wole Soyinka in 1986.
Hamad Mbarouk Hamad, director of the Cultural Arts Center in Zanzibar, said he felt “proud” at the news. But he said he had never read any of the writer’s works.
“He’s famous for those who like to study. For everyday people, I don’t think so,” Hamad said.
The prestigious award comes with a gold medal and 10 million Swedish kronor (over $1.14 million). The money comes from a bequest left by the prize’s creator, Swedish inventor Alfred Nobel, who died in 1895.
Last year’s prize went to American poet Louise Glück for what the judges described as her “unmistakable poetic voice that with austere beauty makes individual existence universal.”
Glück was a popular choice after several years of controversy. In 2018, the award was postponed after sex abuse allegations rocked the Swedish Academy, the secretive body that chooses the winners. The awarding of the 2019 prize to Austrian writer Peter Handke caused protests because of his strong support for the Serbs during the 1990s Balkan wars.
On Monday, the Nobel Committee awarded the prize in physiology or medicine to Americans David Julius and Ardem Patapoutian for their discoveries into how the human body perceives temperature and touch.
The Nobel Prize in physics was awarded Tuesday to three scientists whose work found order in seeming disorder, helping to explain and predict complex forces of nature, including expanding our understanding of climate change.
Benjamin List and David W.C. MacMillan were named as laureates of the Nobel Prize for chemistry Wednesday for finding an easier and environmentally cleaner way to build molecules that can be used to make compounds, including medicines and pesticides.
Still to come are prizes for outstanding work in the fields of peace and economics. DAVID KEYTON & JILL LAWLESS, STOCKHOLM, MDT/AP