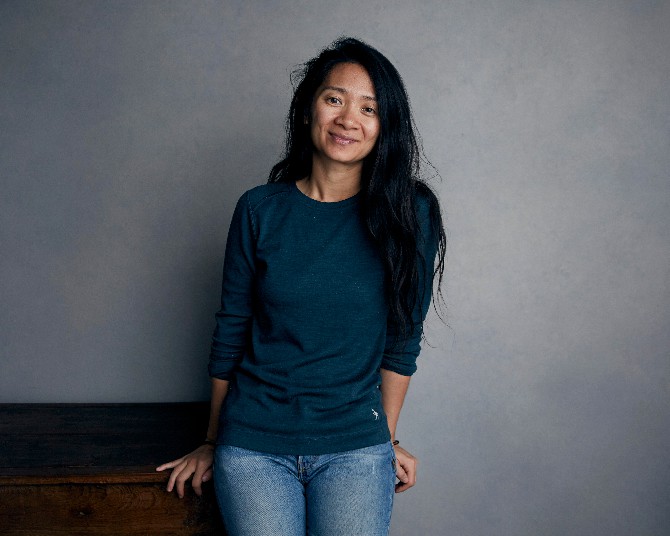 Chloé Zhao became the second woman to win best director at the Golden Globes and the first female winner of Asian descent on a night in which her film “Nomadland” was crowned the top drama film.
Zhao, who was among three women nominated in the directing category, was honored for her work on “Nomadland,” about people who take to the road and move from place to place seeking work for usually low wages. It stars two-time Oscar winner Frances McDormand and includes nonprofessional actors.
“I especially want to thank the nomads who shared their stories with us,” Zhao said, accepting the directing honor virtually yesterday [Macau time].
She singled out real-life nomad Bob Wells, who appears in the movie, for help with her remarks.
“This is what he said about compassion,” Zhao said. “Compassion is the breakdown of all the barriers between us. A heart to heart pounding. Your pain is my pain. It’s mingled and shared between us.”
The 38-year-old director who lives in Los Angeles is a leading Oscar contender for “Nomadland,” which is in select theaters and streaming on Hulu.
“Now this is why I fell in love with making movies and telling stories because it gives us a chance to laugh and cry together and it gives us a chance to learn from each other and to have more compassion for each other,” Zhao said in her acceptance remarks. “So thank you everyone who made it possible to do what I love.”
She joins Barbra Streisand, who won in 1984 for “Yentl,” as the only women to win directing honors at the Globes. Until this year, just five women had been nominated in the category.
“Sometimes a first feels like a long time coming. You feel like, it’s about time,” Zhao said in virtual backstage comments. “I’m sure there’s many others before me that deserve the same recognition. If this means more people like me get to live their dreams and do what I do, I’m happy.”
Regina King (“One Night in Miami…”) and Emerald Fennell (“Promising Young Woman”) were the other female director nominees.
Zhao also was nominated for best motion picture screenplay and lost to Aaron Sorkin. McDormand received a nod for actress in a motion picture drama, but lost.
Born in China, Zhao made her feature directing debut in 2015 with “Songs My Brother Taught Me.” She broke out in 2017 with “The Rider.” Next up for her is the big-budget Marvel film “Eternals,” set for release this fall. BETH HARRIS, LOS ANGELES, AP