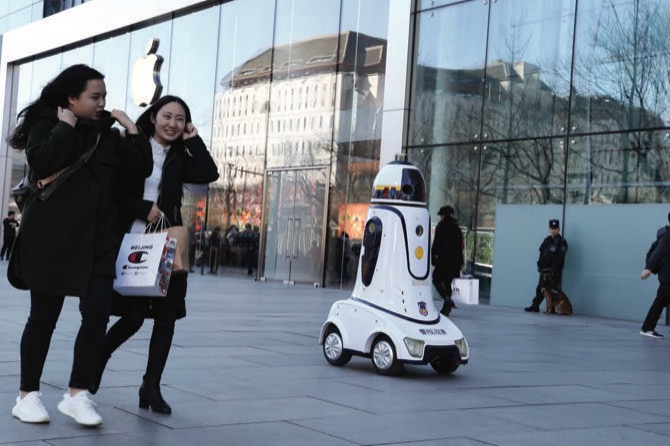 China will bar government authorities from demanding overseas companies hand over technology secrets in exchange for market share, a top economic official said yesterday, addressing a key complaint at the heart of the China-U.S. trade dispute.

The provision is contained in a foreign investment law to be debated at the current annual session of the National People’s Congress, Ning Jizhe, vice chairman of the Cabinet’s economic planning agency told reporters at a news conference.

The law will “clarify the system for advancement and protection of foreign investment,” Ning said. The legal system will ensure that foreign businesses “cannot be required to transfer technology by administrative means, providing a more encompassing and beneficial legal guarantee,” he said.

The rubber-stamp legislature is expected to pass the law during its 11-day session, although the central government routinely says it has little control over commercial agreements between Chinese and foreign firms.

Ning’s statement came a day after Chinese Premier Li Keqiang announced a robust annual economic growth target and promised in a speech to the congress’ opening session that foreign companies will be “treated as equals” with their Chinese competitors.

Accusations that China demands the disclosure of technology secrets are a key stumbling point in the U.S.-China trade dispute that has significantly disrupted commerce between the world’s two largest economies, affecting farmers, liquor exporters and China’s key manufacturing industries.

Li on Tuesday set this year’s economic growth target at 6 to 6.5 percent. Such a growth rate, if achieved, would be among the world’s strongest. Yet it would be slightly below last year’s 6.6 percent growth in China and would mark a new three-decade low.

China’s emergence as a competitor in smartphones, telecom equipment, solar power and other technologies has increased the range of products available to consumers and helped to drive down prices. But it rattles Washington and other governments that worry Chinese competition is a threat to their industries and employment.

Such concerns underscore a standoff between the U.S. and China over Huawei Technologies, the world’s biggest maker of telecom infrastructure for new high-speed 5G networks. Washington has been pushing hard to exclude the Chinese company from building the backbone of the future internet.

News reports say Washington and Beijing might be close to an agreement to end the trade battle and avoid further tariff hikes, although no firm agreements have been announced on the core of the dispute: U.S. pressure on Beijing to roll back its plans for state-led creation of global competitors in robotics and other technology.

Last year, the U.S. levied import taxes of 25 percent on USD50 billion of Chinese imports. It followed in September with 10 percent duties on an additional $200 billion. All told, the U.S. tariffs covered roughly half of what the U.S. buys from China.