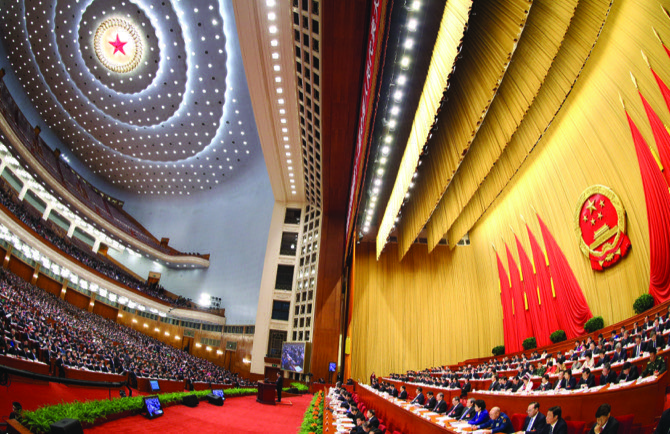 During the first meeting of the 10th session of the 13th NPC Standing Committee, the committee reviewed Ho’s resignation request.

Last week, Ho confirmed he was putting himself forward as the first declared candidate in the race to become Macau’s next Chief Executive.

Following the announcement, Ho cautioned that he still needs authorization from Beijing.

Ho said that one factor leading to his decision to become a candidate in the fifth Chief Executive election was his friends’ encouragement. According to Ho’s account, his friends wanted him to use his experience from his time at the Legislative Assembly and the National People’s Congress to run Macau.

Though, he is yet to formulate a platform for his campaign, Ho indicated that his two primary objectives would be to improve people’s livelihoods and promote the integration of Macau into the Greater Bay Area.

Since 2001, Ho has been member of the Standing Committee of the NPC. In 2003, he was appointed as a board member of Jinan University.

In 2009, he became a lawmaker at the Macau Legislative Assembly and was the vice-chairman. In 2013, he became chairman of the AL.

The Commission notes that the election of members of the Electoral Commission for the Chief Executive Election will be held on June 16 and the representatives of groups that wish to exercise their right to stand for such election must nominate and present their decisions by today at the Public Administration Building.

The groups should ensure that their nominated individual has not been designated as a representative of any other group or association and that such person’s name is listed as a legal voter on the latest list issued in January this year. JZ/RM