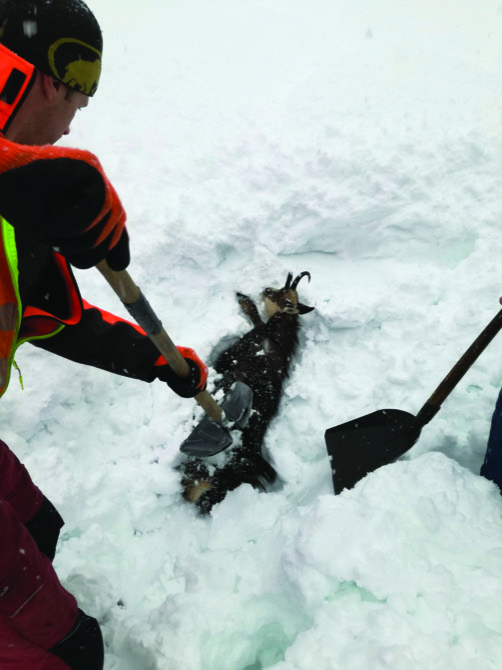 Austrian train workers have shut down their track clearing operations to rescue a mountain goat after seeing it get buried in a deluge of snow they had been clearing from the rails.

Austrian news agency APA reported this week two workers leapt out of the train and shoveled through the snow to reach the chamois, a type of goat-antelope. The animal was stuck in a snowdrift at the side of tracks in the Gesaeuse national park in central Austria.

They say the animal seemed transfixed by the oncoming train and didn’t move away from the side of the tracks despite persistent honking.

After the chamois was freed, it loped away through the deep snow into a forest.

Austrian Railway OEBB released a video of the rescue, which quickly got thousands of views.