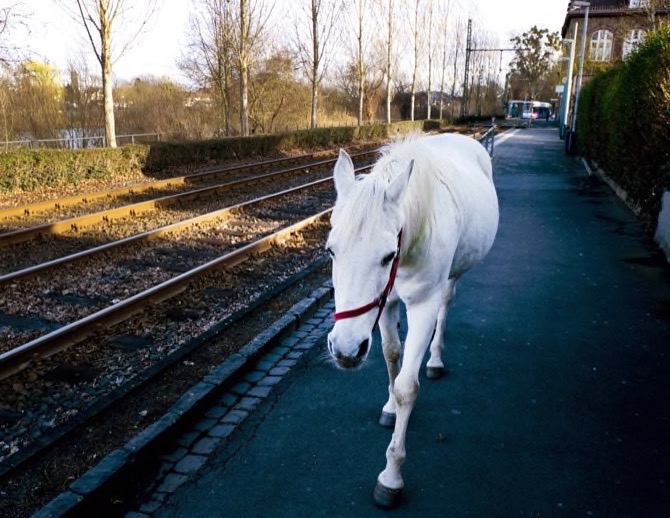 Not far from the glass and steel towers of Germany’s banking capital, a 22-year-old Arabian mare is causing a stir with her languid daily strolls through a Frankfurt neighborhood.

Owner Werner Weischedel says his old nag Jenny, who’s recently found social media fame after a local news show about it went viral, has been taking her 20-kilometer daily jaunts for 14 years — preferring to escape the confines of her home field to nibble on tasty vegetation on the Main river banks.

“Everybody knows her,” the 79-year-old said yesterday.

Surprised newcomers occasionally call authorities, so she wears a note on her neck: “My name is Jenny, I didn’t run away, I’m just going for a walk.”