‘One Belt, One Road’ strategy drives Africa towards China 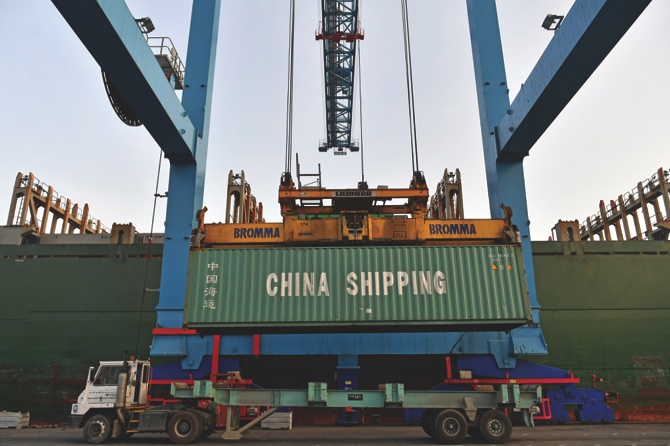 A container is unloaded onto a truck at the 19th berth in Mombasa Port, Kenya. Being East Africa’s largest port, Mombasa port serves as an important logistic hub in the region. China funded the berth expansion project, which significantly improved the port’s operational efficiency

The isolationist trend in the foreign policy of the new US administration, particularly towards Africa, has led some analysts to predict that the Chinese “One Belt, One Road” strategy will take on an even greater role on that continent.

After initial contacts with the State Department President Donald Trump’s team was skeptical about the effectiveness of competing with China’s cooperation programs with Africa, in particular the African Growth Opportunity Act (AGOA), several public appeals have been made calling for the program to be kept, which includes all African Portuguese-speaking countries.

According to Calton Cadeado, lecturer and researcher at the Institute of International Relations in Maputo, Africa will have to show its strategic value to the new administration, in order for Washington not to reduce investment.

However, the researcher said in recent statements to the Voice of America, “if Trump leaves [Africa], the other competitors will not leave […] and will gain space.”

Manuel Ennes Ferreira, a researcher from the Institute of Economics and Management, in Lisbon, said that, despite the small weight of Africa’s trade relations with the United States, the impact of “isolationist” policies will have an effect on the continent.

“The suspension of trade agreements that have been announced may be extended to AGOA. The consequences will be a decrease in African exports to the US due to the customs barriers going back up,” wrote the researcher in an article published in Portuguese weekly Expresso.

“More complicated” in the long-term for the US, he added, is the “One Belt, One Road,” strategy whose maritime route will have a link point in Kenya, with a center for expansion into the interior of the continent based on the standard gauge railroad, costing USD3.8 billion, which should be completed in 2017.

These projects says Ennes Ferreira, will stimulate Inter-African and international trade and the “One Belt, One Road” strategy “will have an easier life if the United States turn its back on the world.”

Lauren A. Johnston, of the Melbourne Institute of Applied Economic and Social Research, noted in a recent article how Justin Lin, former chief economist of the World Bank, translated the opportunity for Africa in building long overdue projects created by the “One Belt, One Road” initiative.

Johnston said that regardless of Africa’s autonomous performance, China’s initiative is attracting global attention to the vast potential for development of the continent, which has less developed economies but many young people, when most OECD countries and even the Group of 20 have ageing populations.

Even at the current time of crisis experienced in African countries, China’s support has remained firm, as has been the case for Angola, for example.

The Economist Intelligence Unit has said that China is the “predominant” origin of $11.5 billion in foreign debt contracted by Angola since November 2015, allowing the country to bridge the gap caused by the fall in oil prices.

“The Angolan government will continue to seek China’s loans to allow it to continue with many capital expenditure programs, for example the construction of roads and power plants,” the EIU said.  MDT/Macauhub