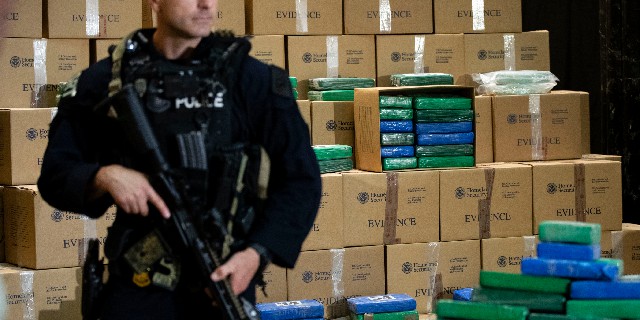 The largest-ever taskforce to fight organized crime in Asia has been established to chase a Chinese-born Canadian national, suspected of being the kingpin of a drug trade crime syndicate, Reuters has reported.
According to the same report, the Australian Federal Police (AFP) has previously said that 55-year-old, Tse Chi Lop, better known by his Cantonese nickname “Sam Gor” (Brother Number Three), is suspected to be the leader of a syndicate that makes $70 billion-a-year (566 billion patacas) in drugs trading in the Asia-Pacific region.
Tse is an ex-convict who formerly lived in Toronto, Canada but who has been moving around Asia in recent years, namely in Macau, Hong Kong, and Taiwan while running the activities of the syndicate known as “The Company.”
According to AFP, cited by Reuters, the group has “been connected with or directly involved in at least 13 cases” of drug trafficking since January 2015.
Tse is currently being treated by the Australian police force as their “target number one,” an officer from AFP admitted.
Meanwhile, a U.S. Drug Enforcement Administration (DEA) alert has circulated among regional government agencies this year noting that Tse is “believed to be” the leader of the syndicate.
It is believed that Tse’s syndicate business operates in at least eight countries and produces large quantities of high-grade methamphetamine in Myanmar, from where the drug is then smuggled into countries stretching from Japan to New Zealand.
Previously named as “Asia’s El Chapo,” Tse is said to have gathered support among Asian triads, with AFP saying that they had identified at least 19 top syndicate leaders from Hong Kong, Macau, mainland China, Taiwan, Malaysia, Myanmar and Vietnam with links to Sam Gor’s Company, some of them going back several decades.
Among the core of the syndicate are at least five triad groups that originated in Hong Kong, Macau, China and Taiwan but which have a global reach, AFP officers said, noting names such as the 14K, Wo Shing Wo, Sun Yee On, the Big Circle Gang, and the Bamboo Union.
So far, Tse has not been intercepted, but at least one senior member of the syndicate has been arrested, according to investigators and police documents reviewed by Reuters.
Tse has previously been involved in drug trafficking and was arrested in the late 1990s in Hong Kong, extradited to the United States on charges of conspiracy to import heroin into America. He was tried in New York and in 2000 was sentenced to nine years in prison, which he mostly served in a federal correctional institution in Elkton, Ohio.
As Australian media reported at the end of July, Crown Resorts was one of the companies that could be under probe after reports that the Asian crime syndicate, “The Company”, allegedly laundered money through the Melbourne-based company’s casinos. At the time, Crown was under fire for its connection to junket operators with links to drug traffickers and other criminal activities. RM