Our Desk | Beef or no beef, that is the question 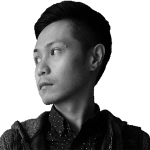 I was walking by a fast food chain the other day when my attention was caught by a drop-down banner hanging on the window, facing the street. The restaurant was highlighting their three new – but not quite new – burgers, all featuring a prime type of beef from the US.
The chain has always restlessly pushed its beef products, while inventing – or introducing – new hamburgers made with this kind of prime beef. Whether the beef tastes good isn’t much of a concern, but having the chance to consume, or abuse, the beef type bearing that prime name at a cost of little more than pennies, when compared with steak houses in casino-resorts, is a steal for many, especially when they get off from a tough day’s work near midnight and their appetite has them craving for protein and carbs.
Anyway, seeing the banner that day, I was prompted to dig through my memories to see if the chain has ever marketed new burgers with prime types of pork or chicken. Feel free to remind me but my memories yielded no trace of such occasions.
To be fair to the chain – because it has not been rare that journalists get sued by people about whom they write – I didn’t have to lookfar for pork-related burger innovations pushed by the chain. Should my memory serve me well, when it revealed the rice-burger, the chain did infuse it with pork cooked according to eastern recipes, although mental pictures are vague now as to how exactly it was completed.
Back to the point of introducing burgers made with higher-grade pork – I was thinking, at the moment I saw the banner that day, that the fast food chain could have marketed burgers made with Agu pork from Ishigaki, Japan or Jinhua Ham from mainland China. The former is by itself a type of sumptuous pork, while the latter is one of the icons of the cuisine.
On the other hand, the fast food chain could have offered an African Chicken Burger or a Portuguese Chicken Burger to, firstly, expand its market and, secondly, provide localized fusions for local residents and the many tourists eager to visit Macau.
Localization is not new to the fast food chain. The idea of rice burger has come up in this part of the world because the company found burgers were not appealing to people when it touched ground. Rice is the main staple food in this part of the world – although the culinary culture is diverse and colorful across the region – which is why the franchisee decided to make rice burgers.
Another chain that sells coffee has not been innovative too. As I remember, in the past decade or so, it has posted the same three Christmas-themed drinks, with the slightest alterations at the most, for example adding mint syrup, turning liquid drinks to crushed ice, among others.
Well, maybe I’m not fair to them. The most traditional types of mooncakes have proved most popular across all these years, so maybe we can confirm that making changes is not a must, at least not all the time. If it sells, it remains.
Correct. But if there has been no change in the past decade, what else can people choose? From its existing menu, maybe. In this case, consumers have no way to express that they want something else, unless they, like I did, fill in a comment card to make a stance.