Our Desk | Way back home it is 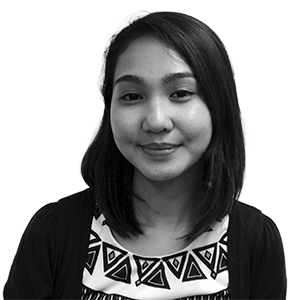 At least three repatriation flights will occur between now and the end of the month, with companies sponsoring charter flights for dismissed workers.
Recently, the terms “dismissed” or “lay off” aren’t words that companies want to use nor admit are highly likely to occur, due to the fact that it sends a negative message that the company is really undergoing crisis.
With gaming revenues tumbling 93.2% year-on-year in May, last month was the eighth month straight of gaming operators’ declining revenue, with only a total of 1.76 billion patacas.
Only a few gaming operators have admitted to losing up to $2.5 million a day, and that laying off workers amid the health and economic crisis was the only way to go.
Dismissing staff during this pandemic outbreak has been a global issue worldwide – particularly in hospitality and tourism as there is not enough work for employees given the strict travel restrictions in place.
Macau isn’t an exception to these widespread layoffs.
As reported, by the end of the month, the Consulate General of Nepal in Hong Kong and Macau will hold a chartered flight to repatriate some 80 stranded nationals who have been laid off.
These dismissed workers – the majority of whom worked in the security sector – have long been requesting a chartered flight as remaining in the city incurs significant expense.
This Saturday and next week, some 230 Filipino workers will be repatriated by their former employers, Sands China and Menzies Macau. The figure does not include other Filipino nationals who are still stranded in the city due to the absence of a direct flight to Manila.
The two companies have reportedly offered remaining seats to the Consulate General of the Philippines in the Macau SAR.
Last week, at the time of the last chartered flight arranged by the Consulate, the airport was packed with hundreds of stranded workers and tourists ready to go home.
I spoke with several of them and although some were glad to be finally going home (mostly tourists), many were still devastated, as some of them have experienced unfair treatment in terms of being laid off.
One of them that I spoke to could barely speak and was shaking while eating packed food distributed by the consulate.
She was extremely pale, looked weak and it was obvious that she was over-fatigued. While speaking to her, I found that out that she was fired by her employer due to illness.
With her domestic worker contract set to expire in August, she was immediately dismissed by her employer – most probably to avoid any hospital costs – in a time where no direct flights are being conducted.
She said she was only paid the remaining annual leave she has.
Her story is only one of the many frustrating stories heard that day.
Sadly, this remains an issue occurring in Macau, which points to the fact that non-resident workers – particularly domestic workers – still suffer from the city’s absence of protection for rights.
Employers should not be able to just kick out their employees because of an illness without offering any compensation. This woman was fired by her employer with little notice – not even a week, I suppose.
Going back to the main point of this article: there is no other way for these people but home as, really, the effects of the pandemic outbreak, did not spare anyone.