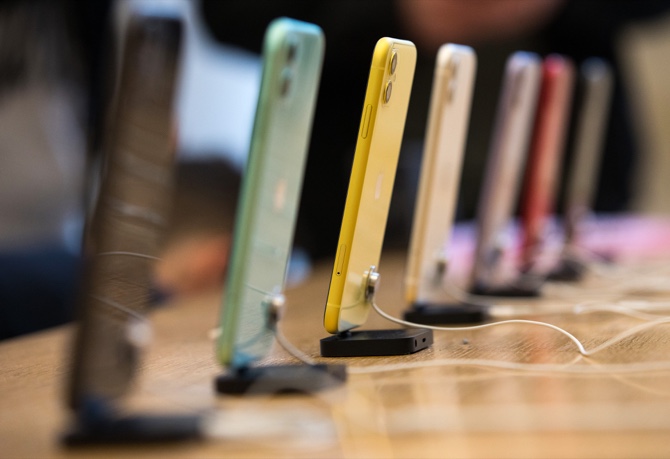 The Communist Party’s flagship newspaper criticized Apple Inc’s decision to approve an app that shows police activity in Hong Kong and to allow its iTunes store to carry a song that’s become a rallying cry for demonstrators in the midst of increasingly violent pro-democracy protests.

The HKmap.live app has been used by protesters to monitor the police’s whereabouts and facilitates illegal activities, the People’s Daily said in a commentary late Tuesday, echoing Apple’s reason for initially rejecting the app.

It also said the song “Glory to Hong Kong,” which the paper described as advocating independence, had been “resurrected” after being removed from iTunes. Yesterday morning, the song was not available in China and Hong Kong’s iTunes stores.

“Over and over again, Apple’s actions are incomprehensible, and people have to wonder about their intentions,” the People’s Daily article said. “This reckless behavior will cause a lot of trouble for Apple, and it needs to think deeply,” it said, adding that allowing the “poisonous” software to gain traction is “a betrayal of Chinese people’s feelings.”

Apple joins other foreign companies struggling to navigate the pro-democracy movement in Hong Kong as protests that began in June show no sign of abating. The issue has become a red line for those doing business in China, most recently drawing the National Basketball Association into a firestorm over a tweet that’s caused partners to stop doing business with the NBA and state television to halt airing its games.

Apple also reportedly removed the Taiwanese flag emoji from some iPhones, underscoring the difficult balance the company must strike in supporting free speech while appeasing China. The change was implemented via software on iPhones sold in Hong Kong and Macau after Apple released new versions of its iOS 13 operating system. Bloomberg