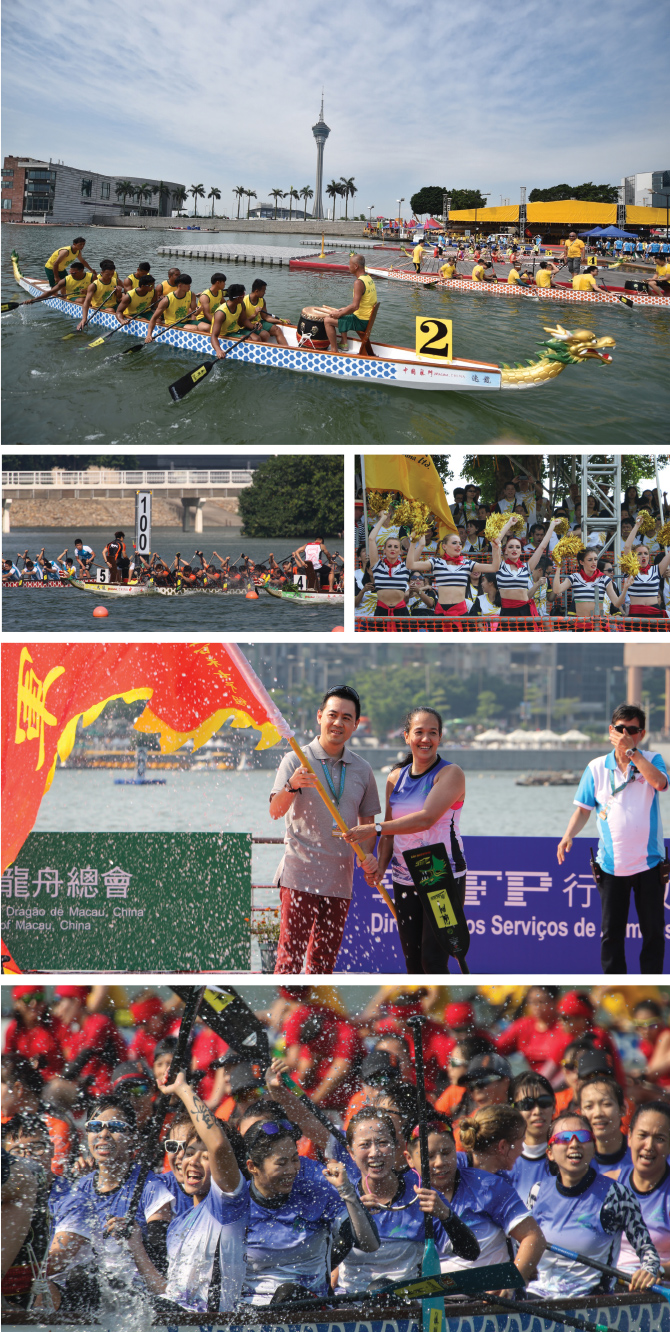 The Monte Carlo Sports Club and the Association of Macao Youth Development (AMYD) placed first in their respective categories of the Dragon Boat races yesterday at the Nam Van Nautical Center.

The two teams performed exceptionally in this year’s edition of the local 500-meter boat race for large boats, as well as the Open and Ladies categories.

In the Open Category, the Monte Carlo team clinched a surprise victory despite their theoretical disadvantage of racing in lane 1.

While spectators expected a fierce battle between reigning champions Fire Services (CB) and SJM’s Golden Jubilee team, with Team MGM as another strong contender, it was Monte Carlo that astonished in the last meters of the race, crossing the line millimeters ahead of the CB team in an impressive final performance.

The CB team settled for second place, with SJM’s Golden Jubilee team coming in third – a bittersweet achievement for the latter, who had been in the lead until the race’s final moments.

On Saturday, four winners of the 200-meter small boats race – the CB, MGM, PSP-B and University of Macau-A teams – were crowned in the Open, Ladies, Public Entities and Universities categories, respectively. RM