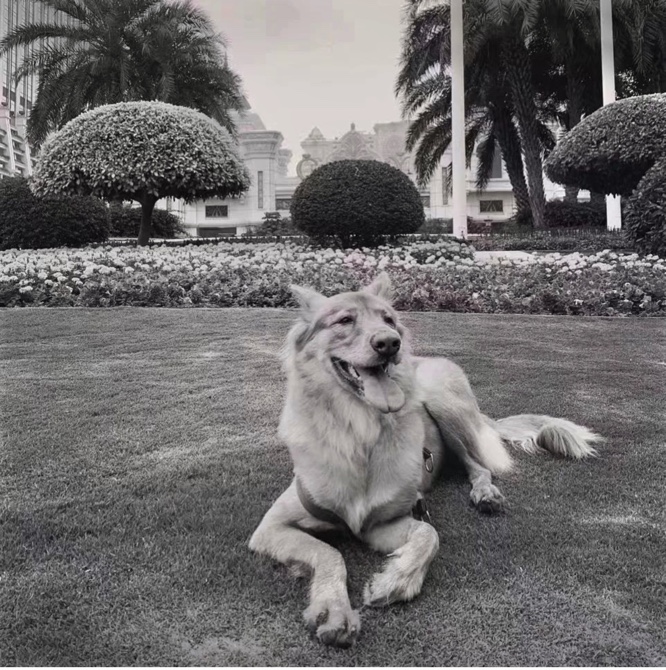 The owner of a dog killed in a car accident said the pet was on a leash, but the Public Security Police Force (PSP) has said otherwise.

A social media post published earlier this week detailed how a dog was run over by a heavy vehicle while the dog and its owner were using a zebra crossing near Macau Stadium.

The owner noted in the post that the dog was on a leash and the vehicle showed some sign of slowing down: hence why the owner decided to cross the road with the dog.

However, according to a text message sent to the press by the PSP, the dog crossed the road without its leash being held. It also claimed that when the dog “ran to the zebra crossing”, the vehicle also got its front off the zebra crossing.

According to the social media post, the police were notified immediately after the accident, which the police have confirmed. The driver fled the scene.

The owner said that the police officer on duty told the victim that there were no surveillance cameras near the site, but promised to inspect footage from other cameras to locate the driver. The pet owner has also provided information at the police station.

The PSP text message announced that the driver has been found.

The viral social media post calling for witnesses has apparently been taken down by the pet owner.

In the case of another car accident, the PSP is calling for witnesses and leads. The crash occurred on Avenida de Dia de Cidade, causing severe injuries to the left knee and the back of the head of a sexagenarian woman. She is reported to be in stable condition following her admittance to the hospital.

Preliminary investigations by the PSP require further details from eye witness, if available. Information about the accident can be provided to the police at 2837 4214.