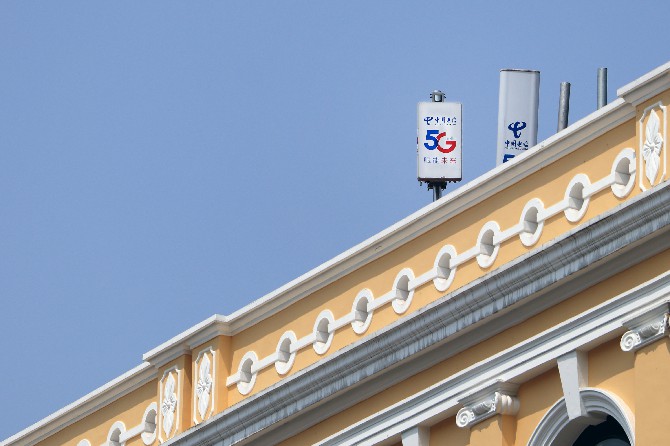 The implementation in Macau of the fifth-generation wireless network (5G) is one of the projects that the government is paying significant attention to regarding the infrastructure to be developed in 2021.
Nevertheless, the Chief Executive (CE), Ho Iat Seng, has announced that the population should not expect to be making use of such technology in the same way they did for 3G and 4G networks, as the costs of building the network infrastructure are very high and the coverage of the network will be limited.
“The coverage of the 5G network will be very limited in comparison with the 3G or 4G. The previous generations [3G and 4G] only needed a few retransmission points around the city and these can be installed in any public facility or private buildings, but the 5G needs its own retransmission stations, which can cost as much as 3 billion patacas,” the CE said in a reply to the lawmaker Chan Hong at the Legislative Assembly (AL).
Ho also noted that 5G technology has many industrial applications, especially in manufacturing industries and in medicine, but even those advances would require local industries and sectors to adjust to and acquire significant amounts of new equipment to be able to make use of the advantages of 5G.
Due to this state of affairs, the CE warned, “Education and Medicine will be the two major areas of interest [for the use of 5G], but we need to have a new law to regulate this and only then can we negotiate with the company that will manage the network,” he said, noting that, due to the high costs of construction, the government is paying special attention to this topic, particularly in regard to those assets that would belong exclusively to the Macau SAR and those that would be shared within the region and with the companies that will explore the service.
The concern arises from previous problems referred to on several occasions at the AL and related to the current situation of the landline and other assets, which, according to several debates in the AL, make it difficult to confirm which part belongs to the SAR and which part belongs to the network concessionaire Companhia de Telecomunicações de Macau (CTM).
“We need to confirm what the government assets are in relation to [5G] this time,” Ho remarked.