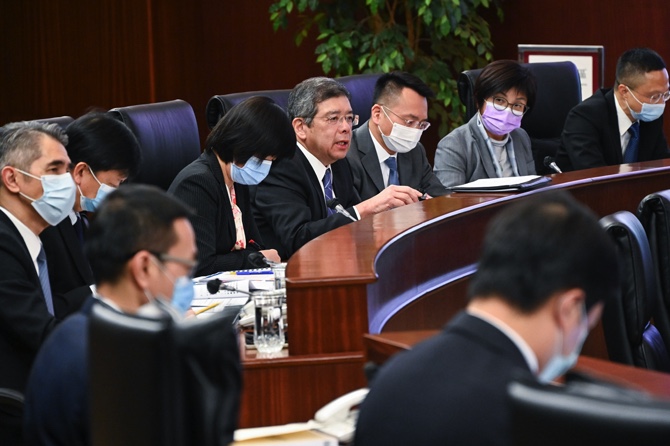 Details regarding land auctions for the construction of private housing will be provided in due course, Secretary for Transport and Public Works Raimundo Arrais do Rosário said in his parliamentary questions session.

He attempted to allay fears that the plan for auctions may heat up property prices by saying that the government would try its best to “avoid making impact” on prices, but could not guarantee there would be no impact.

Nonetheless, he promised the parliament that the matter will be handled with exceptional care so as to avoid generating momentum for price hikes.

Details about the land plots to be auctioned – such as their location, use and quantity – will be announced when the government deems it appropriate. Both residential and commercial use plots of land are to be auctioned.

He added that, since the promulgation of the new Land Law in 2014, the government has not granted any land plots for the construction of private housing. Voices from the public have been heard about the need for new private housing projects, he said.

Speaking on the matter, lawmaker Leong Sun Iok expressed his fears of property price speculation if the land plots used for these developments are auctioned. Bolstering his views, he pointed out that the government has fiscal reserves of over MOP600 billion, making it unnecessary for it to generate income by auctioning land.

He added that, with 16,000 empty apartments in the city’s private housing market currently, it is illogical to auction land plots to boost the supply of private housing units.

In response, the senior official simply reiterated that the land auction was stated in the Policy Address, leaving no room for the government not to implement the policy.

On the matter of unused land plots, lawmaker Ella Lei proposed that the government lease currently empty land plots to operators for use as temporary parking lots.

In response to this suggestion, Rosário stressed that the government has avoided this practice for the past seven years, as retrieval can be difficult when the government wants to claim sites back.

“At that time, operators will question the government about where they can go,” the senior official warned. “And the matter will come back to me.”

Fairness is also a consideration, he said, adding that he is sure “the queue will be extremely long” if such a plan were to commence.

Based on his reply, Lei’s colleague Wong Kit Cheng proposed these land plots be used as temporary sporting grounds. Rosário responded that coordination with other bureaus would be required to realize this plan.

Although parking on typhoon days will be handled with discretion, Rosário reiterated that prospective car buyers should be prepared to address their parking problems personally.

In terms of economic housing, Rosário reiterated that permanent applications will be impossible because supply is unstable. For the time being, the government will open intermittent applications until supply becomes stable, which he is confident will be achieved someday.

As for the price of the housing, he cited the law to explain that the price will comprise administrative costs, a premium and construction costs. He suggested that lawmakers be patient and that “no rush is necessary.”

5G license to be available next year

The senior official promised the parliament that the city’s 5G licenses will be issued next year, as stated in the Policy Address. Decisions have been made to extend the concessions with current telecom service providers for two years.

In response, Rosário revealed that, despite his superintendent’s comment, the project is still in progress. The Infrastructure and Development Office (GDI) continues to work on the design of the project.

He said that there will be two major projects taking place on the Inner Harbor in the short term – the rainwater pumps on Inner Harbor North and the counter-tide work on the south of the harbor. The tide gate is a project in the long term.

Although he agreed that the construction of the tide gate would be expensive, he could not give even an estimated price range when questioned by lawmaker Ron Lam. He rhetorically asked Lam how such an estimate could be given, when in the current phase there is not even a design. Rosário added that a price quotation will only be available after the tender procedure.

Fearing that the government could be seen as lacking transparency, the senior official reiterated his “no design, no quotation” understanding. As the design phase is still in progress, data will be uploaded to GDI’s website accordingly.

Lawmaker Leong Hong Sai expressed suspicion that the tide gate might malfunction or encounter life expectancy problems, and instead proposed that a coastal embankment be built. Rosário said that this would require additional considerations of ports, upstream issues and the distance from Wanzhai. “This is not simple,” he said, adding that the routing of the Light Rail Transit (LRT) would need to be scrutinized sooner or later. 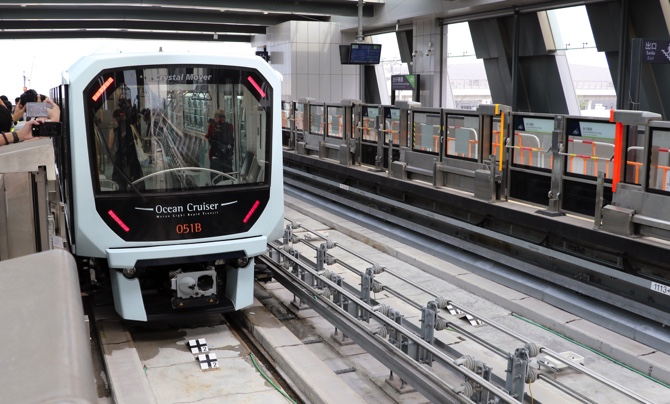 Secretary Raimundo do Rosário expressed hopes that locals will primarily rely on the Light Rail Transit (LRT)  paired with supporting bus services for transport in a few years, asserting that there is no room for extra bus runs with the city seeing about 600,000 passengers travel each day.

“Rua do Campo and Avenida de Horte e Costa are filled with buses already,” he pointed out.

Per the government’s estimation, the Barra Line of the LRT system will be operational near the end of 2023 or early 2024. It is also hoped that in the same year the city will see the opening of the LRT Hengqin Line and the Seac Pai Van Line.

He hopes for good news to come in regards to operations.

Lawmaker Leong Sun Iok asked Rosário whether the half-year suspension of service of the LRT system has so far saved or will save the government any money. The senior official estimated that it would be possible, but that the actual amount saved will be announced in due course.

He said that the suspension has not been significantly impactful, as the system only handled 2,000 passengers per day on average.

Regarding the real-name verification of Macau Pass cards for discounted bus fares, Lam Hin San, director of the Transport Bureau, told the parliament that about 230,000 cards have been registered for verification so far.