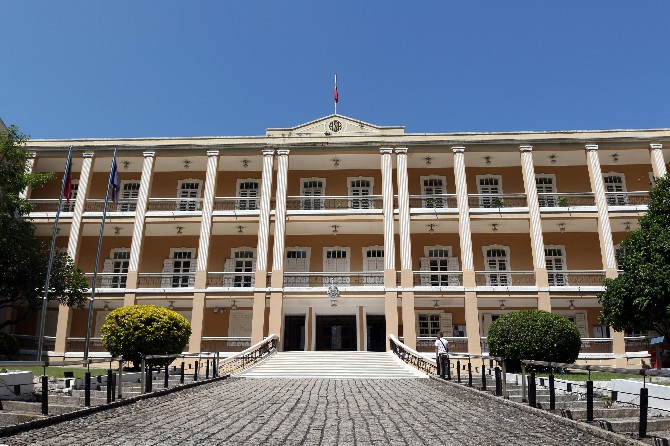 The Portuguese community in Macau launched a fundraising campaign this week, aiming to help healthcare professionals in Portugal obtain personal protective equipment and other medical equipment urgently needed to fight the Covid-19 outbreak in the European country.
The initiative has brought together almost 20 institutions and people in support of Portugal’s efforts to combat the outbreak in less than two weeks.
The group, headed by several important figures from the local Portuguese community, has already created an account at the Banco Nacional Ultramarino (BNU) with the number 9016556516, where all the funds will be collected.
At a press conference organized by the group, the president of Casa de Portugal in Macau, Amélia António, explained that the priorities for the acquisition of equipment and other items were established based on a list from the Portuguese Ministry of Health, which stated the materials needed most. She also noted that the main goal is “to help to prevent deaths as much as possible, as well as to prevent a larger number people being infected,” as quoted by Lusa.
Another important figure in the community, António José de Freitas, who is president of the local Holy House of Mercy, was also quoted saying that this is an urgent contribution to Portugal’s ‘war efforts’ against the virus. He stressed that there is not much time left, as the items are needed urgently, so the account will only be open for donations until April 5.
Up until yesterday, Portugal had registered a total of 2,362 cases of infection which has already resulted in 33 deaths.
The exponential growth in the number of cases led the president of the Portuguese Republic, Marcelo Rebelo de Sousa, to declare a state of emergency for the whole country a week ago. The decree is valid for two weeks (until the end April 2). RM