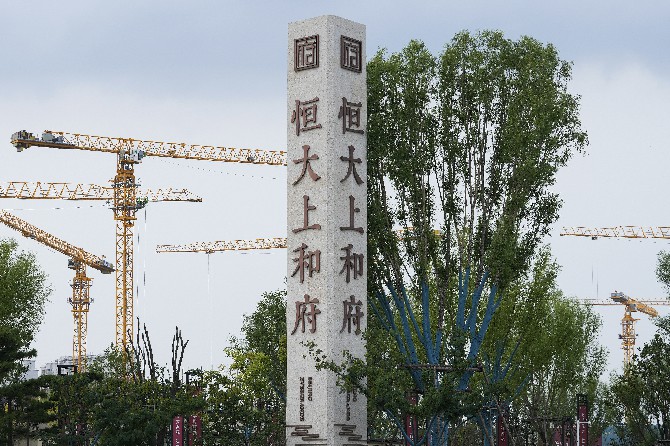 A midsize Chinese real estate developer failed to make a $205.7 million payment due to bondholders yesterday, adding to the industry’s financial strain as one of China’s biggest developers tries to avoid defaulting on billions of dollars of debt.
Fantasia Holdings Group announced it missed the payment in a statement issued through the Hong Kong Stock Exchange. It gave no explanation but said it had asked for trading of Fantasia shares to be suspended.
Some Chinese developers are struggling to repay debt after regulators tightened limits last year on their use of borrowed money. That is fueling fears about possible defaults and turmoil in financial markets.
Investors are worried Evergrande Group might collapse with 2 trillion yuan ($310 billion) of debt. The company has missed at least one payment to bondholders abroad but has yet to be declared in default.
Economists say Beijing can prevent a broader credit crunch if Evergrande defaults but wants to avoid bailing out the company or its creditors as a warning to other borrowers and lenders to be more disciplined.
Fantasia, valued by the stock market at $415 million, reported a 153 million yuan ($24 million) profit for the first half of 2021 and said revenue rose 18.5% over a year earlier to 10.9 billion yuan ($1.7 billion).
“Fantasia’s missed payment highlights its strained liquidity, despite its reported sufficient cash on hand,” said S&P Global Ratings in a statement.
Fantasia said it had 27.1 billion yuan ($4.2 billion) in cash as of June 30, according to S&P.
“As funding conditions worsened, it’s likely that the cash was utilized for other repayments or was not accessible,” S&P said. “Asset disposals have been slower than we expected, failing to bring in liquidity sources in time.”
The failure to pay is likely to trigger cross defaults on other Fantasia bonds, accelerating repayment on other debt, S&P said.
Hundreds of smaller Chinese developers have gone bankrupt since regulators began tightening control over the industry’s financing in 2017 amid concern about rising debt and the possible risk of a financial crisis.
In March, another developer, Fortune Land Development Co. said it missed interest and debt payments totaling 5.3 billion yuan ($813.5 million). MDT/AP