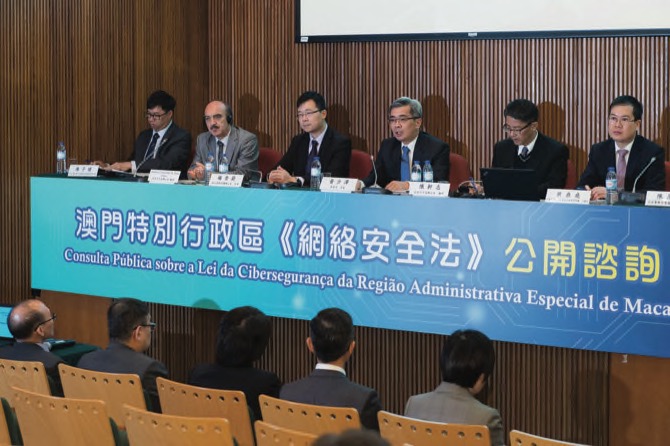 The 45 day public consultation period on a proposed cyber security law runs until January 24. In a press conference that took place yesterday, Secretary for Security Wong Sio Chak clarified that the law will not lead to the government monitoring online content.

According to Wong Sio Chak, “when, in the future, the responsible department upholds the law, the government will only assess, in legal terms, the security risks associated with the size of the flow of computer data and the different types of network attacks in order to issue alerts and instructions that guarantee the security of the network.”

“[The government] is not and will not be carrying out supervision activities over the information that flows in the network. Because of this, the government will have no way to build restrictions […] on the freedom of expression of the population,” added Wong.

Wong also emphasized that unless the security force is authorized by the court, they will be prevented from interfering with any content on the network, and they will not be able to decode information.

The consultation document proposes definitions for service providers related to internet infrastructure and relevant concerns for daily life, such as key infrastructure operators. These operators are the parties being primarily targeted for protection provided by the cyber security regime.

The key infrastructure operators primarily include government departments, public departments, and certain branches of the private sector such as those in the energy and transport sectors.

During the consultation period, eight consultation meetings will be held, five of which will involve representatives from key infrastructure operators.