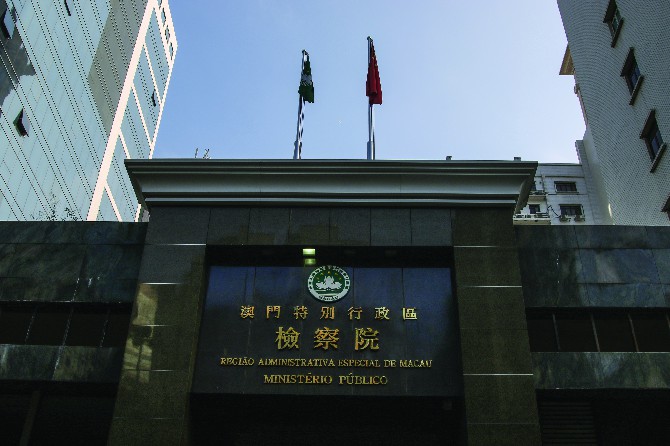 The Public Prosecutions Office (MP) has formally accused nine people involved in cases of crimes related to the Covid-19 outbreak, the MP informed in a statement.
From the nine cases, seven are related to accusations of breaching quarantine rules at home or in the designated hotels, one is related to document forgery, and the last person is accused of aggravated damage.
The first seven cases relate to people that have breached the quarantine rules for home quarantine and in one case, a designated hotel while undergoing the mandatory 14-day quarantine after having arrived in Macau from high-risk areas.
According to the information in the MP’s formal charges, while they were supposed to be undergoing medical observation, the defendants left, one or more times, the quarantine venue without proper authorization, claiming that they had to get some goods, park a vehicle, or deal with other personal matters. In another case, one of the individuals had someone else in his hotel room.
One Macau resident left Macau on the same day that quarantine requirements were
placed upon him. Regarding the case of document forgery, the accused non-resident worker, upon arriving in Macau and being told he would be required to quarantine, not only falsely declared his residential address to escape quarantine, but also subsequently hid the fact that he had been required to undergo medical observation but continued to perform work as a security guard. Police officers on patrol discovered these falsehoods.
The last case, in which the defendant is being accused of aggravated damage, is related to a man that purposefully damaged a total of 320 face masks that were being distributed at the Seac Pai Van Health Care Center by spitting and intentionally discharging nasal mucus into the bag containing the masks as a form of protest. According to the reports at the time, the man went to the health facility seeking to exchange some face masks he had acquired previously and that he claimed were of low quality.
The MP noted that the act of the last defendant is considered aggravated since it was performed at a critical time of the epidemic outbreak. As such, the defendant will be subjected to a penal punishment of up to five years of imprisonment or a fine penalty up to 600 days.
The non-resident worker accused of document forgery may receive a prison sentence up to three years or an equivalent fine.
As for the other seven defendants that breached the quarantine rules, they face prison sentences up to six months or a fine of up to 60 days.
According to the statement from the MP, the Office has accelerated the procedures for investigating and charging anyone who commits a crime related to the violations of the preventive measures for the epidemic, ensuring that the cases will be submitted for trial in a timely fashion to the Court of First Instance.