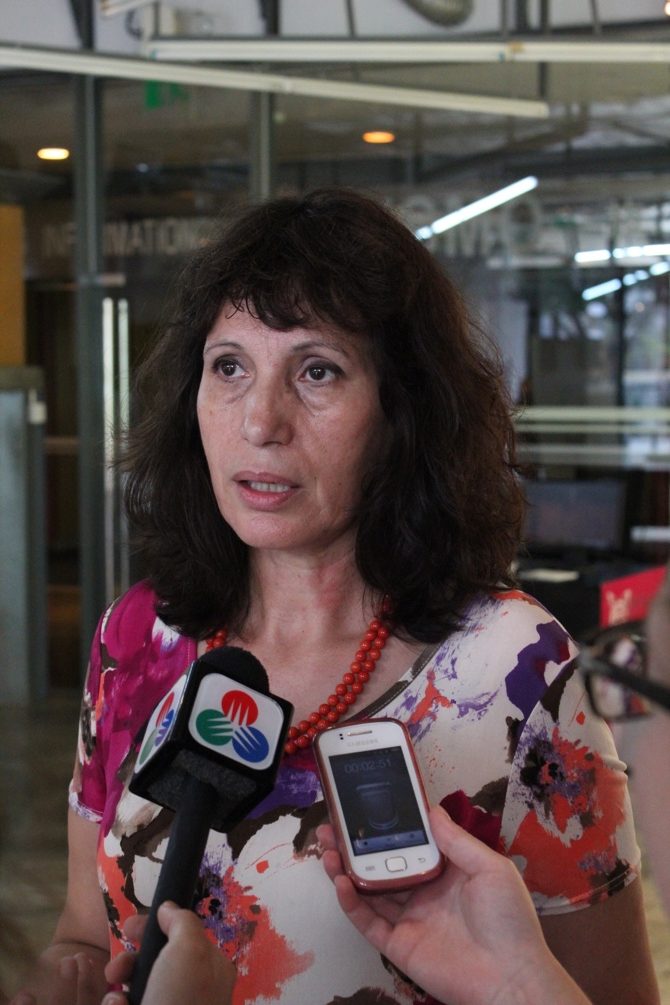 The recently concluded Sound & Image Challenge recorded a continuous increase in the number of films it presented to the public this year.
Held at Dom Pedro V Theatre, the program included 84 shorts, 10 video-clips, talks, three master classes, and concerts at the opening and awarding ceremonies.
Celebrating its ninth edition earlier this month, the short film festival featured some of the latest local and international short films and music videos.
The festival featured two kinds of competition “Shorts” and “Volume”, which target films directors, producers, professionals and aspirants not only in the film industry but also in the music fields.
According to the festival director, Lúcia Lemos, the number of local film enthusiasts is growing, acknowledging the region’s efforts in promoting the film industry.

Macau Daily Times (MDT) – This year was the ninth edition of festival, how has it grown in terms of the quality and number of films the festival feature?
Lúcia Lemos (LL) – It was much greater in terms of the number of films, which doubled. Some films were discussed with the professionals behind the movies so it [the festival] gave different perspectives and techniques. […] a huge number of film directors came, it was great and it made a difference. The presence of those filmmakers was highlighted, including those people who are related with the film such as the producers. We believe that the quality is hard to compare. The topics are more or less the same every year but the way to approach the visual narrative is different. I believe the festival created a chance for filmmakers and movie enthusiasts to interact and know more about the process of the film.

MDT – Can you also see a growth in the number of residents that are into these kinds of festival?
LL – Yes, the numbers have increased. We received good feedback from the master classes that we held. The participants were more active because I saw that they now raised more questions to the filmmakers. We also had post-screen sessions so there was really an opportunity for the public to express their thoughts towards the film.

MDT – Were there differences in the way local filmmakers directed their films compared to those from outside Macau?
LL – I feel that they are more independent now, maybe because many have studied abroad and they showed a kind of western style in the way they directed the film; so that really made a difference. There is a difference between those who went abroad to study [and those who stayed in Macau]. In the future, we hope that we would have more of these [filmmakers]. We also created some cash awards with [the hope] to encourage people to submit good works.

MDT – Can Macau achieve its goal of having a place in the cinema industry?
LL – Yes, we can see that that is the intention of the International Film Festival Macao: it’s to bring Macau into this scene, and allow the public to have an increase in their knowledge of this industry. I do believe that Macau will be a place for making and editing films. There are a lot of things to do regarding this area. As we know, local filmmakers have to go to Hong Kong or Taiwan for post production works [but] I think there [will be] many companies who will be interested in establishing such firms in Macau.

MDT – What can the public expect with Creative Macau’s activities next year?
LL – We are still in the very beginning. […] For now, I don’t want to tell anything because it’s still too early but what we’ll do for sure is that we will be more related to cinema because we always have to improve, and make things better, and encourage local filmmakers to [produce works] this year. I think it makes sense that we get more attachment from the locals and see if they are willing to collaborate and not only bring people from abroad because that costs a lot of money. LV