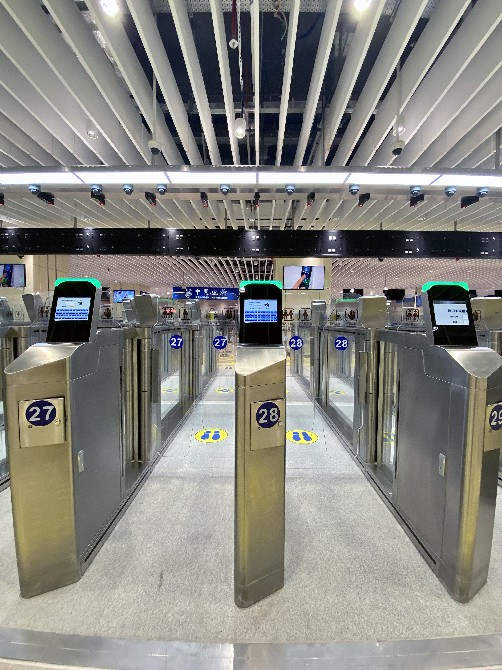 The newest border-crossing post between Macau and the mainland will open to the public next week.
The Qingmao Port, located just a few hundred meters from the Border Gate Port, will finally open to the public on September 8 as construction concludes after about three years.
The new border post will not allow crossings by any foreign nationals, being exclusively for residents of Macau and Hong Kong who also possess a “home-going card.” It will also allow Chinese visitors registered to use automated border-crossing channels under the integrated border-crossing inspection system, which allows people to perform immigration procedures in an automated and streamlined way.
According to Commander Wong Kei Fong, deputy chief of the Public Security Police Force (PSP) Immigration Department, tests of the system showed that each person would need, on average, only 24 seconds to complete all immigration procedures.
The border post comprises 50 automated channels as well as two manual inspection channels, which may be used when children under seven years old are crossing the border or in emergencies.
Questioned by the Times, the Deputy Chief of the Immigration Department confirmed that there is no possibility of people that are not Chinese nationals using the Qingmao Port since both local and Chinese electronic identification documents are required for border formalities.
This means that even foreign nationals who are local residents and in possession of a valid visa to the mainland may not use this border post, and must use another border checkpoint such as Border Gate, Lotus Flower, or Hong Kong-Zhuhai-Macau Bridge Port.
The same official revealed that, in preparation for the opening of the post, the immigration departments on both sides of the border conducted three large-scale exercises aiming to test the capacity of the port in high-pressure situations, when many people want to cross the border at the same time.
Wong said the tests showed the capacity to handle about 200,000 people crossing the border per day, and other drills and contingencies have also been performed with positive results.
Questioned on the capacity of the port and its likelihood of solving border crossing congestion, Wong said that the immigration department is very optimistic regarding the new post as “over 70% of the people crossing the border between Macau and Zhuhai are already using the automated passages,” so no significant problems are expected.
Additionally, he noted that the highest number of border crossings registered in a day is between 400,000 and 500,000 across all border posts. This number gives comfort to the immigration department as it roughly matches the capacity of just this new port and Hengqin Port together. 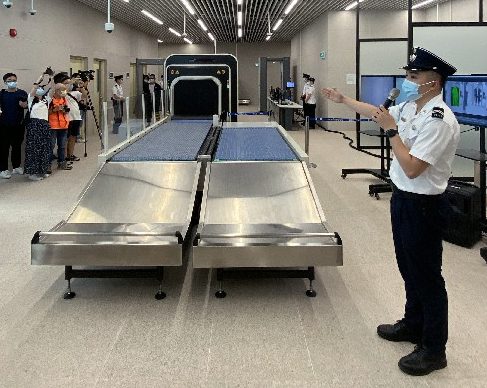 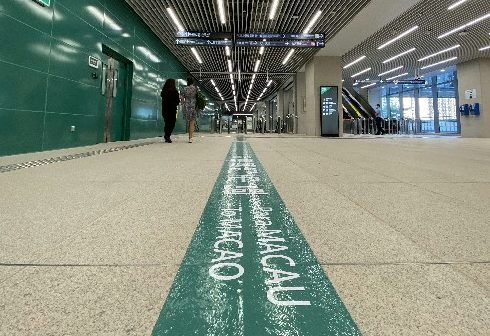