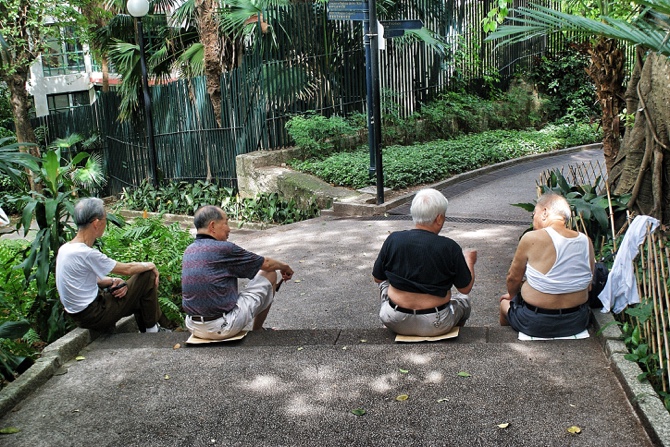 If the government were to accept the proposal by lawmaker Lo Choi In to raise the elderly pension, matching the amount to that of the subsistence index (4,350 patacas), it would bankrupt the Social Security Fund, the Secretary for Social Affairs and Culture, Elsie Ao Ieong said.

“It seems that [the raise is just] a couple of hundred patacas and it is very little money [for one person], but for the Social Security Fund to increase this couple of hundreds of patacas per person, the total would be an ‘astronomical’ figure. Doing this calculation, [we realized] that the fund would immediately go bankrupt,” the Secretary said.

Ao Ieong was speaking at the Legislative Assembly on Wednesday during the second day of Q&A between the lawmakers and government officials, covering several matters.

According to Lo’s proposal, the aged pension would rise 610 patacas from the current 3,740 patacas per month.

Several other lawmakers supported the idea, noting that this raise would also help to compensate for the lack of the 7,000 patacas which would normally be granted annually to the Central Provident Fund and which senior citizens (over 65 years old) would immediately be able to withdraw.

Remarking that monthly contributions from workers for the Social Security Fund are low, the Secretary reminded lawmakers that social security expenditure from the government last year on pensions alone reached almost 5.5 billion patacas, while the income received by the fund was below 400 million patacas, covering only 7.3% of expenditure.