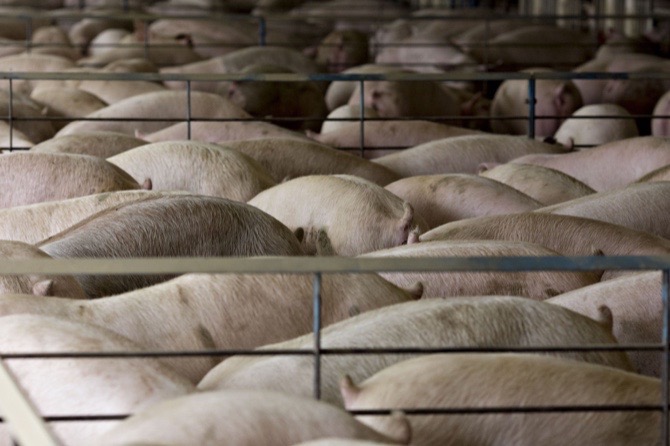 It could be as long as a decade before China recovers from its outbreak of African swine fever, the deadly pig disease that’s decimating hog herds in the world’s largest pork consumer.

That’s according to Cargill Inc., one of the world’s largest agricultural commodity traders. The virus, which kills most infected pigs within 10 days, has already spread to most Chinese provinces. Official reports of a 24% decline for the nation’s herd are “conservative,” said John Fering, managing director for Cargill’s premix and nutrition business in the Asian nation.

China’s hog-herd losses are tough to estimate and could be anywhere between 20% and 70%, according to Rabobank.

“This is not a short-term event,” Fering said by phone. “This is going to take several years, if not a decade, to fully achieve structural recovery.”

The virus was first reported in China in August. Since then, there have been more than 140 outbreaks, forcing the nation to boost meat imports. While the government has tightened animal-safety controls, the structure of the country’s hog industry, with many backyard operations, has made it harder to stop the spread of disease.

China has boosted its pork imports, but demand has also increased for other meats in substitution. The nation’s consumers “aren’t discriminating between a disease that only affects the hog and what can be transmitted to humans,” turning them off from wanting to eat pork and reducing consumption, Mizuho said in a report last month.

“Substitution to alternative sources is one part of the solution to close the gap” between protein supply and demand, Fering said. Poultry is likely to be the top beneficiary, both in terms of China’s domestic market and overseas, he said. Eggs will come second, followed by beef and aquaculture.

The switch to poultry is helping to keep China’s demand for soybean meal from cratering, Fering said. Prices are also attractive relative to other vegetable proteins, helping keep soy meal in feed rations, he said.

“Given the severity of the disease challenge we’ve confronted, it hasn’t been quite as negative on soybean meal demand as we might’ve expected,” he said.

While Cargill says shipment flows are currently hard to predict, the Minneapolis-based company said it’s well-positioned to benefit due to its global asset footprint and its ability to respond to rapid changes in global trade.

“This is our core competency. It’s the business we’ve been in for a very long time,” he said. “Cargill and our leading competitors are pretty well equipped from a business, geographic presence and asset base.” Mario Parker & Isis Almeida, Bloomberg