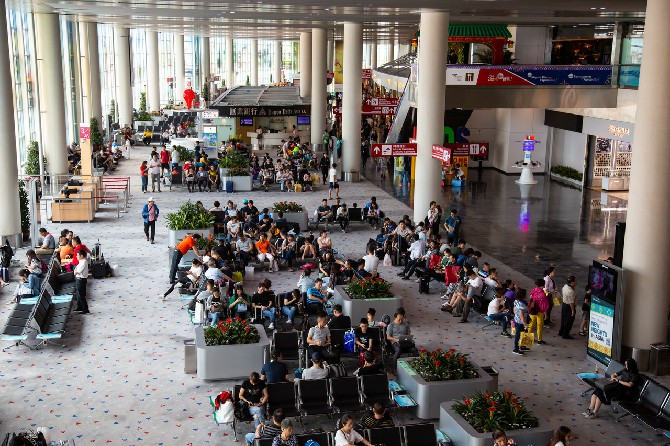 Chinese “millennials” and other young people account for nearly one-third of all mainland arrivals in Macau, according to data recently released by China’s largest travel service provider Ctrip.
The data was released in several recent reports analyzing the overseas travelling preferences of mainland tourists.
The reports found that mainland residents born after 1980 accounted for 31% of Macau’s mainland visitor arrivals.
The data also showed that Macau was popular for mainland tourists born after 1995, who would today be younger than 25. It showed that these visitors were making repeat visits to the special administrative region.
Meanwhile, 19% of mainland visitors to Macau were born between 1970 and 1980.
Millennials are usually defined as those born between the years 1981 and 1996, who share a set of characteristics not widely held by those from older and younger generations.
The term is typically applied to Western societies, while Chinese millennials are more commonly called the 1980s and 1990s generations. According to some researchers, the rate of socio-economic changes in China has produced new generations with distinct characteristics at a faster rate than in the West.
One Ctrip report attributed some of Macau’s popularity to its family-friendly facilities, adding that they have made Macau the preferred destination for young families. Ctrip reported that 33% of Ctrip users who booked services to Macau were families.
Another report noted 160% growth seen in the number of tourists who repeatedly visited the same destinations in one year.
Macau is among the most frequented tourist destinations for Chinese youth visitors born after 1995. Other popular destinations for repeat visits are Japan, Thailand, Malaysia, Vietnam, the Philippines, Indonesia and Singapore.
While the Macau local government’s statistics show that Guangdong province is Macau’s top source of tourists from mainland China, Ctrip’s data indicated that just three cities in the province – Zhuhai, Shenzhen and Guangzhou – are among the top 10 cities of origin for mainland visitors. According to Ctrip, Shanghai, Beijing, Hangzhou, Wuxi, Nanjing, Ningbo and Tianjin are the seven other cities in Macau’s top 10. DB/JZ