Report | ‘One in three cigarettes illegal’ findings questioned by experts 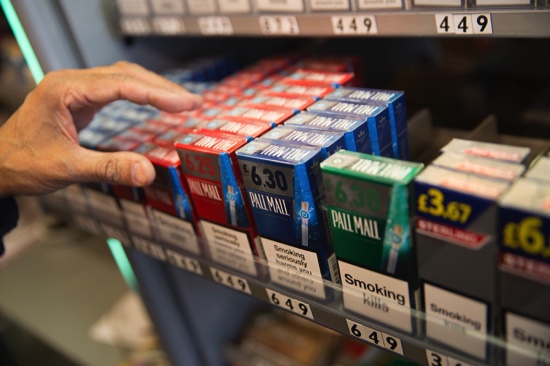 “The results are inconsistent with results of other studies.”- Hana Ross

A report published last month, which found that one in three cigarettes in Macau SAR are illegal, has continued to come under scrutiny after experts and regional organizations questioned its creditability.
The report, entitled “Asia-16: Illicit Tobacco Indicator 2014”, was jointly commissioned by the International Tax and Investment Center (ITIC) and Oxford Economics (OE), and found that around 34.5 percent of all cigarettes consumed within Macau were illegal.
Last month, the Times reported on a press conference held by OE in Macau, outlining the main findings of the report. Since then, we have been alerted to recent critiques of versions of the reports from 2012 and 2013, including one which was published by Professor Hana Ross on May 20, 2015 titled “A Critique of the ITIC/OE Asia-14 Illicit Tobacco Indicator 2013”.
According to Ross, who is the Principal Research Officer of Economics of Cape Town’s University Tobacco Control Project, the 2012 and 2013 reports both fail to provide scientifically sound and unbiased information to policy-makers. She contends, “The figures and statistics [that they report] are the product of either incorrect or unverified/unverifiable estimation methods applied to often questionable data from multiple sources that do not blend.” She added that “the results are not comparable across countries and are inconsistent with results of other studies.”
In her critique, Ross explains that the problems associated with the “Asia-16” report fall into four general categories: scientific method and data-gathering issues; a lack of detail allowing others to replicate the survey; the selective presentation of results; and what Ross terms “plain mistakes and errors.”
The main argument for tackling the illegal trafficking of cigarettes, according to the “Asia-16” report, is to prevent national governments from losing out on missed tax revenues. Some however, believe that the results may have been influenced by the interests of large tobacco organizations.
Oxford Economics was forthcoming at the time of the press conference in revealing that supporting data had been provided by both Nielson and the tobacco firm, Philip Morris International (PM). Indeed, the disclaimer at the beginning of the report reads that OE and ITIC “prepared the Report in accordance with specific terms of reference between Philip Morris International Management” and that “financial support was provided by PM.”
In the 2013 edition, the disclaimer read, “should any party choose to rely on the report, they do so at their own risk. ITIC and OE will not accept any responsibility or liability for the report.” Ross highlighted this in her criticism and reiterated that she “would caution any stakeholders against relying on this report when assessing the trade in illicit cigarettes in their country or in the region.” This may be considered one of the reasons why this part of the disclaimer was not included into the 2014 edition, “Asia-16”.
An additional critique, also authored by Ross, was published last month. It is a review of another report from ITIC, entitled “ASEAN Excise Tax Reform: A Resource Manual”. The October critique was commissioned by The Southeast Asia Tobacco Control Alliance (SEATCA), which according to their own descriptions, “supports ASEAN member states in developing and implementing effective, evidence-based tobacco control policies in line with the World Health Organization’s Framework Convention on Tobacco Control.”
Skeptics point out that the ITIC report “focuses only on tobacco taxation” whilst failing to mention the overall implications of tobacco products for public health or the overall economy. “Governments should be wary of the recommendations in this manual,” wrote Ross.
A media and communications representative from SEATCA told the Times: “We have not seen the Asia-16 report [2014 edition], however we have seen earlier editions and have commissioned a critique of Asia-14.”
When asked about the role of tobacco firm financing, the representative answered: “If Asia-16 is anything like those [previous] reports, we would not be surprised if it was funded by tobacco money.”
The report was based on a survey of 1000 packs allegedly discarded in Macau. Survey organizers collected the discarded packages and determined the origins of the cigarettes. According to Adrian Cooper, CEO of Oxford Economics, this is the most accurate method of ascertaining the proportion of illicit cigarettes in a given area as “people are not always forthcoming or honest” when they are asked about the origins of their cigarettes.
The main conclusions from the survey were that countries which impose higher taxes on cigarette sales and which are located within close proximity to cheaper locations “tend to see a higher rate of illicit consumption.” The results of the study pertaining to Macau look at data exclusively from 2014, and so did not reflect the recent regulations introduced in 2015, including a new tax hike and a reduced personal duty-free allowance.
The Times requested that a representative from Oxford Economics comment on the matter, but did not receive an answer by press time. Staff reporter