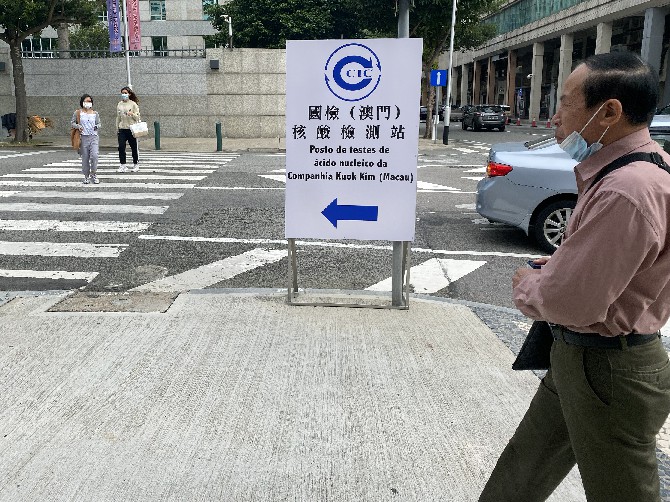 A resident has recently reported being told by Kuok Kim, a third-party SARS-CoV-2 nucleic acid test (NAT) provider, that their results from a free-of-charge test would not be uploaded to the Macau health code.
This seemingly contradicts the government’s announcements to date.
The common practice is that all local residents can take their first NAT free-of-charge, with the government footing the bill. In addition, NATs for “key worker groups” are also free-of-charge.
However, the results are treated differently in these two situations. Results from residents taking their first free-of-charge NAT will be uploaded to the health code, but those from key worker groups will not.
The resident in question took a test this Monday at the Macau Forum. The booking page states that Macau residents will enjoy their first test free-of-charge and that the results of that initial free test will be uploaded to the health code.
However, this resident did not receive his result by the end of the day. After contacting both the Health Bureau and Kuok Kim, he was told that his result will not be uploaded to the health code because “the test was free-of-charge.”
He therefore had to take another test to meet this need.
The resident said he was unhappy about the inconvenience. Following his confusing experience, he also worries that public funds may have been misused. AL