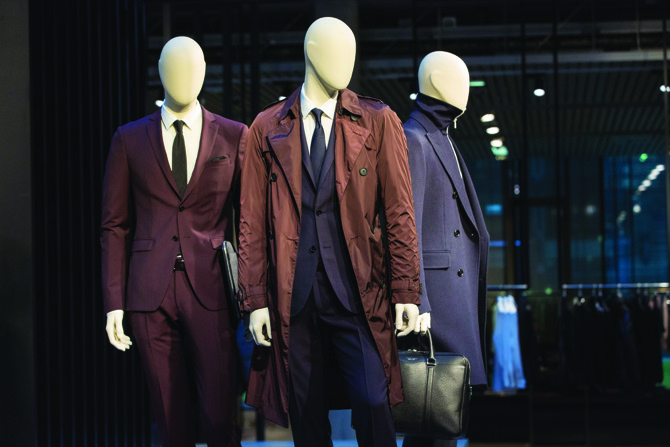 Hugo Boss AG is taking a cue from Zara owner Inditex SA to further its transition from conservative suitmaking toward a faster-fashion model. The German clothier said it would sharpen its focus on consumer trends by speeding up production, personalizing its clothes more and boosting e-commerce. The stock rose as much as 2.9 percent in Frankfurt.

Hugo Boss is trying to dispel the fashion mistakes that dogged performance in 2015 and 2016. Sales growth should average 5 percent to 7 percent excluding currency movements over the next four years, the retailer said. “The challenge is recruiting younger consumers,” wrote Piral Dadhania, an analyst at RBC Capital Markets.

Speed has become crucial not only for fast-fashion makers like Zara but also the premium end of the clothing market. Hugo Boss replaced its chief executive officer in 2016 and since then, successor Mark Langer has been focusing the suitmaker on casualwear. Yves Mueller joined as chief financial officer this year.

Langer and Mueller also set a goal for an operating margin of 15 percent by 2022. About half of the improvement will come from an efficiency plan, Langer said on a call with journalists as he ruled out job cuts.

Hugo Boss plans to add more services such as online appointments with suitmakers and increased customization as it shifts to digitally designed collections, Langer said.

“Don’t underestimate monograms,” he said. Often clothes are bought as gifts, and that increases the value to consumers, according to the CEO. Hugo Boss has been able to cut the development time of some new collections by as much as half, which will help the company react more quickly to events such as Europe’s recent freak hot spell, he said.

Hugo Boss plans to depend more on Asian growth, where it forecasts sales to rise at least 10 percent a year through 2022, particularly in China. The region makes up 15 percent of the company’s sales now.

The Metzingen, Germany-based company forecast its own e-commerce revenue to quadruple to about 400 million euros by 2022.

Hugo Boss aims to grow faster than its niche of the clothing market, which it expects to grow about 3 percent to 4 percent a year, Langer said. There’s talk in the industry of a big shift in clothing production coming back to Europe from Asia, though that’s a process that would take years to develop, he added. Thomas Mulier, Richard Weiss, Bloomberg