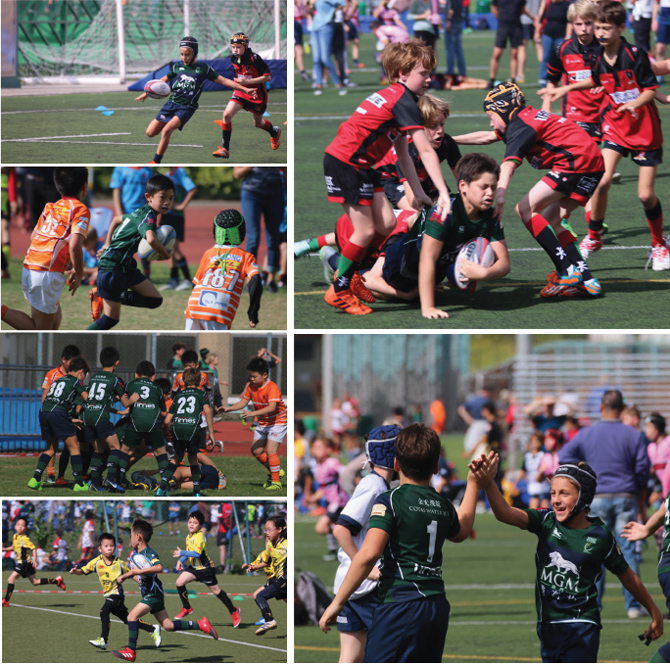 Six teams from the Macau Bats Rugby Club set off for Hong Kong on November 26 for their latest round of competitive games. There, the teams exceeded expectations, winning 12 games, losing three and earning three draws across the six competitive categories.

The under-sevens team kicked proceedings off and performed well, according the club, despite ending on the wrong end of a one-try defeat three times. The matches were very tight and the team finished with a high scoring 5-5 draw.

The under-eights lost a tough game 3-0 against a strong Centaurs team from Singapore. However, the team rebounded from the setback and went on to win their next three matches convincingly against Shatin She Pei, Hong Kong Football Club and USRC Tigers.

The under-nines followed up their impressive showing at the last Hong Kong festival with another strong display of rugby, securing convincing wins against Hong Kong Football Club, the Police team and hosts Sandy Bay, scoring 25 tries while conceding only one in the process. The team drew 4-4 against Aberdeen to return undefeated to Macau.

The under-10s managed to go one better and recorded four wins from their four games in 20 tries against the loss of one.

The under-12s played in the Bowl League and lost narrowly against Discovery Bay in their first game before recovering to draw against Sai Kung and winning games against Shatin and Valley Fort. This performance was enough to see the Macau Bats win the Bowl League and gain a promotion to the next round of games later this month.

The final game of the day saw the combined team of the Macau Bats, Kukris and Pirates under-16s take on Sandy Bay. A disappointing first half saw the Hong Kong team build a commanding lead, and although the Bats performed better in the second half, the gap was too great to close.

Despite the defeat, the combined Bats team still remain well placed in their league and eagerly await the league restart in January.