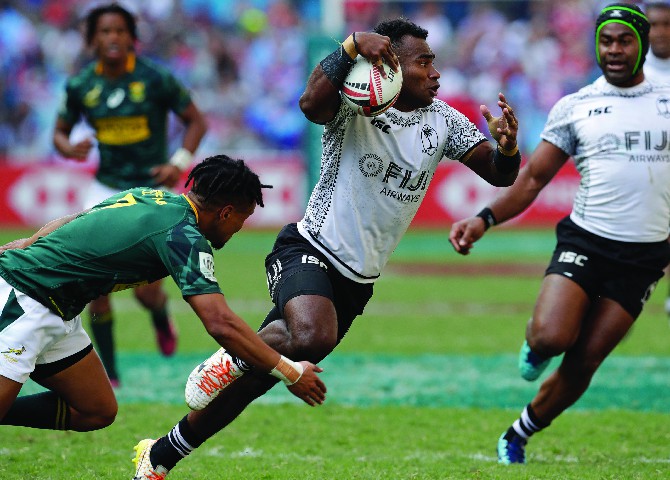 The remainder of the rugby sevens world series was canceled because of the coronavirus pandemic and New Zealand declared the men’s and women’s champions yesterday.
The rounds in Hong Kong, Singapore, Langford (Canada), London and Paris were previously postponed, but World Rugby canceled them after discussions with the host unions. Hong Kong, the crown jewel in sevens, won’t be staged for the first time in 44 years.
New Zealand was awarded the titles for leading the standings when the series stopped after six of the 10 men’s rounds, and four of the five women’s rounds.
The New Zealand men won three legs and reached the podium in two more. They won a record-extending 13th series but their first since 2014.
South Africa and Fiji, which dominated the series in recent years, were second and third.
The New Zealand women won four of the five legs, and claimed the series for the sixth time in eight editions.
Australia was second and Canada third.
The seedings for the Tokyo Olympics will be adapted to include 2021 series results, World Rugby said.
There will be no relegation in either series but Japan will be promoted as the winner of the men’s second-tier series.
No women’s team will be promoted because their second-tier series didn’t begin.
“Rugby sevens is a key driver of global growth for our sport, particularly in emerging nations, and it firmly remains a top priority for our organisation,” World Rugby chairman Bill Beaumont said. “As we begin to see light at the end of the tunnel, 2021 has potential to be a very exciting year for rugby sevens with the Tokyo Olympic Games on the horizon.” AP