Rugby | Up to 20,000 fans could attend England-Barbarians game 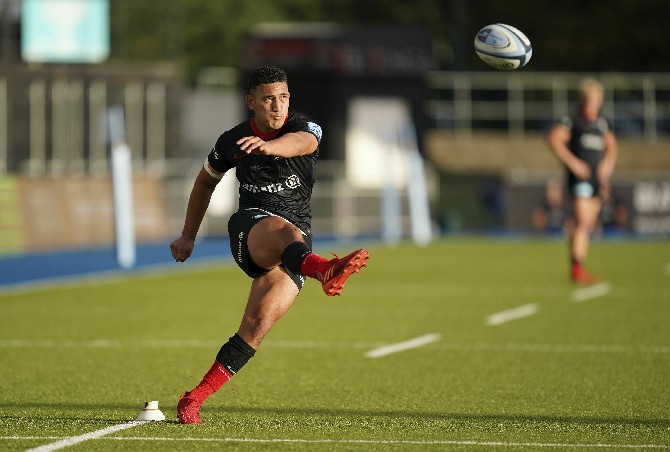 A crowd of “up to 20,000” could attend a rugby match between England and the Barbarians at Twickenham next month, the Rugby Football Union said yesterday.
The match has been arranged for Oct. 25, a week before England plays Italy in Rome in their rearranged final game of the Six Nations that has been delayed because of the coronavirus outbreak.
The RFU said a test event will be held before England’s game against the Barbarians — an invitational team made up of players from different clubs and countries — “to put into practice our operational plans and demonstrate that Twickenham Stadium is well prepared” amid the pandemic.
The stadium has an 80,000 capacity.
“Numerous measures are being implemented for the events that either adhere to or exceed the guidance provided by the government” and safety authorities, RFU chief executive Bill Sweeney said.
The measures include the “mandatory use of face coverings by spectators” except when in seats or eating or drinking, one-way systems to manage crowd movement, and assigned entry gates. All tickets for the match will be digital.
Local police are “supportive” of the plans for the return of fans, the RFU said.
The British government is currently running a pilot scheme to assess how spectators can return to sports venues on a more permanent basis during the pandemic.
Around 2,500 fans were allowed into Brighton’s stadium on the south coast of England for a football friendly against Chelsea on Saturday. The spectators had to abide by social-distancing measures. AP