Advertising remains an essential part of marketing campaigns for resorts. Sands China, the largest integrated resort operator in Macao, set a high standard when choosing its advertising service supplier.
Established in 1998, Zenith Advertising Company Ltd. began as a start-up with one or two employees. It provided printing and advertisement production services in its early days. Before Macao’s gaming liberalization, Zenith’s clients were mainly in the banking, telecommunications, real estate, and insurance sectors. With its client base established, forward-looking entrepreneur Dominic Lou, general manager of Zenith, set up a branch office in Zhuhai. At the time, Zenith was one of three Macao-funded advertising companies in Zhuhai. The decision to expand business into the mainland also paved the way for Zenith to grasp opportunities brought on by Macao’s fast-paced development after the liberalization of the gaming industry.
The collaboration between Zenith and Sands China kicked off in 2004 upon Sands Macao’s opening. The new resort provided a large number of roles for experienced workers with their own established networks. Some former employees of Zenith’s client companies who had transferred to Sands Macao suggested to Zenith that it should bid for Sands’ advertisement service contract. Sands China was impressed with the advertising veteran and their partnership has held fast for 17 years.
Although the SME has maintained a long relationship with Sands China, it has encountered challenges too. With the fast development of Macao’s gaming industry, the advertising business has been pushed to meet higher standards. Lou has witnessed these changes first hand. “Gaming operators are [allocating] more of their budgets on advertising — meanwhile their standards have increased as well. Advertising products have also evolved from 2D to 3D,” he recalled. In response, his company has recruited talent from outside Macau to assist with producing 3D designs.

To meet Sands China’s high standards, Zenith has invested a budget of over MOP 10 million to update its facilities. Nonetheless, Lou admits there are great business benefits brought by working with a resort of this size. “When new resorts open, such as The Venetian Macao, The Parisian Macao, Sands Cotai Central, and The Londoner Macao, the demand for advertising services surges.”
During the peak period of 2014, Sands China invested more than MOP 10 million of its advertising budget into the SME, which boosted the company’s development. In 2004, Sands China accounted for 20% to 30% of the company’s business, and now accounts for about 50%. The company had more than 100 employees in Zhuhai and Macau at the peak of its expansion.

Lou is also aware of changes in perception from clients outside Macau. Before the partnership with Sands China, the company participated in exhibitions outside Macau seeking business partners but was seldom taken seriously. After becoming a stable service provider to Sands China, it was obvious that foreign companies were paying more and more attention to their company, and showing interest in the Macau market. Lou found it easier to start dialogues with potential partners and secure partnerships. 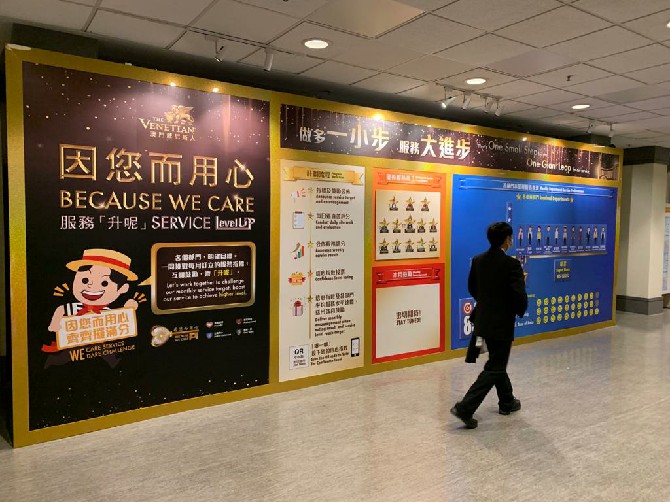 From Sands China’s perspective, Zenith does well at keeping pace with the industry’s development. “Zenith has its factory, equipment and professional team, which facilitates them to quickly respond to client’s requirement,” said Candy Kan, senior manager of procurement and supply chain for Sands China, and senior officer, Sofia Chen. Zenith participates in exhibitions regularly and introduces new materials to improve the quality of advertising production. “Zenith will also give appropriate suggestions from the perspective of the user, briefing us [on] the characteristics and advantages of each material, and helping us make the right choice,” the two Sands China representatives added.
Lou said the support from Sands China is not merely about profits. Zenith was one of the exhibitors at the Sands Shopping Carnival this year, which inspired him to think about how to diversify his business.
Held for two consecutive years now, the Sands Shopping Carnival is the largest shopping event of its kind in Macau, and provides a free business platform for local SMEs and Sands retailers during the pandemic period, while creating a new weekend destination for residents and tourists.
During the pandemic period, the Sands Shopping Carnival reinforces the company’s long-term commitment to promote the growth of local SMEs through Sands China’s Local Small, Medium and Micro Suppliers Support Programme, and its F.I.T. initiative (Financial Support, Invitational Matching, and Training and Development). 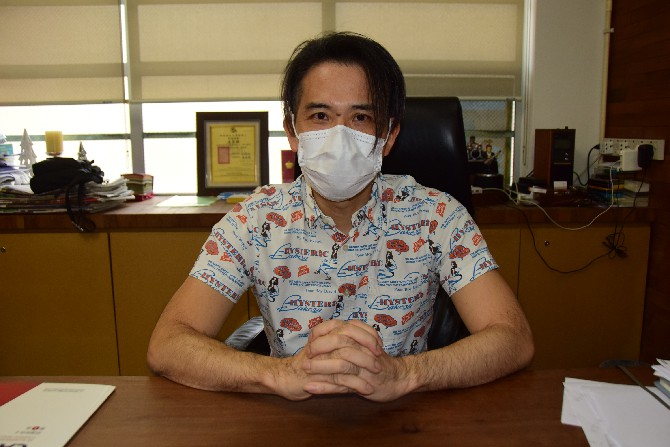 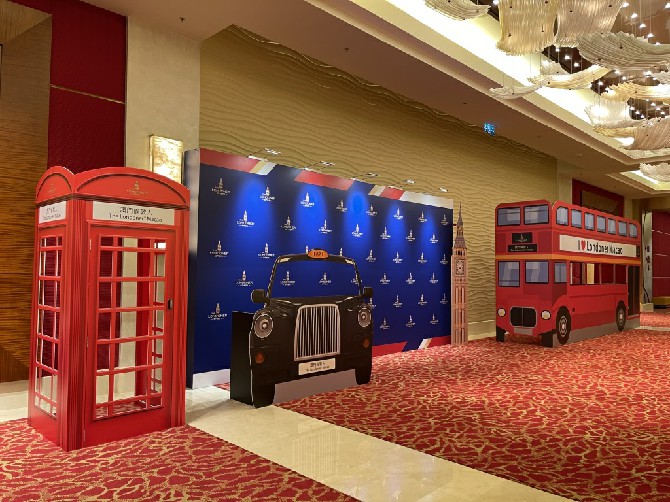 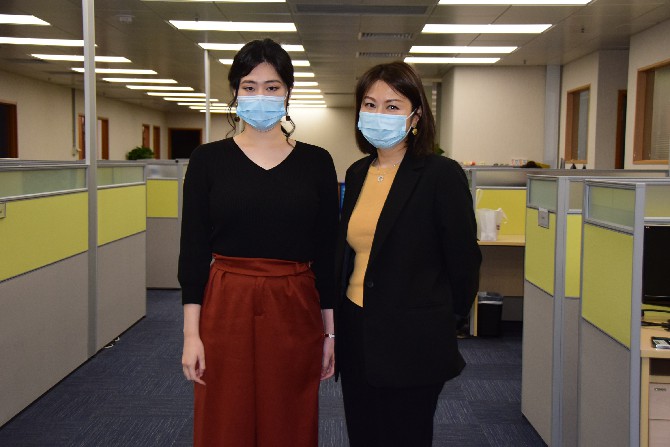 Sands China invites the advertising industry to actively seek collaborations. Given the tight deadlines in advertising, quick responses and urgent revisions are often necessary. In terms of materials, Sands China prefers them to be environmentally friendly and hopes that suppliers’ services will be competitive in price and quality. They also suggest that suppliers be as knowledgeable as possible about industry information. 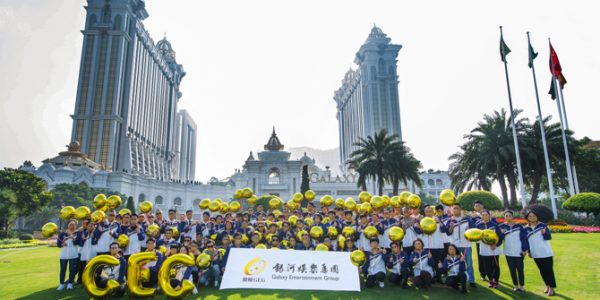 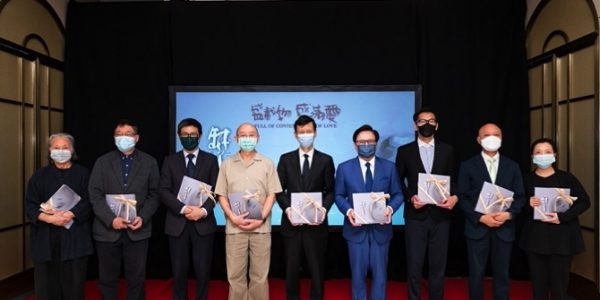 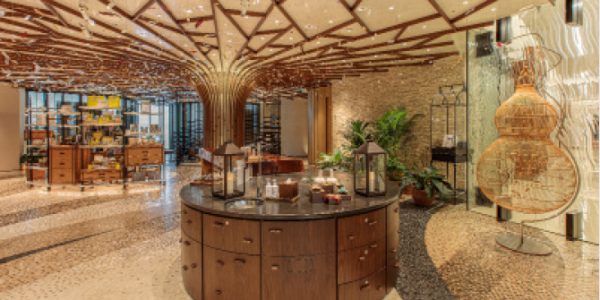 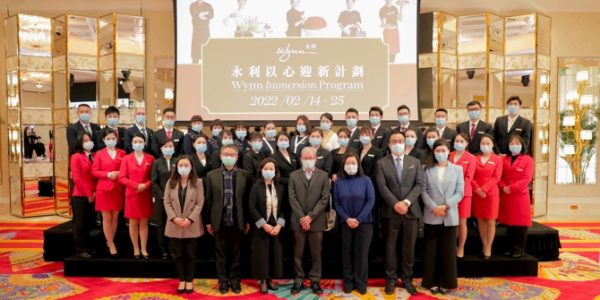