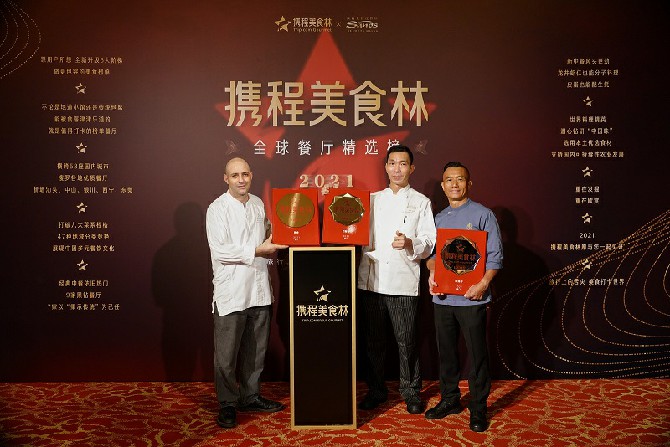 Sands Resorts Macao restaurants have been recognised by Trip.com Group Gourmet 2021 Top Global Restaurant List in an award ceremony at The Londoner Macao’s Londoner Theatre.
La Chine at The Parisian Macao and Zi Yat Heen at the Four Seasons Hotel Macao won the Diamond award, while The Manor (The St. Regis Macao) was awarded Platinum.
The Gold award was given to The Golden Peacock (The Venetian Macao), Chiado (The Londoner Macao) and Lotus Palace (The Parisian Macao), while North, Red Dragon Noodles and Imperial House Dim Sum (The Venetian Macao), Southern Kitchen (The Londoner Macao), Market Bistro (The Parisian Macao), The St. Regis Bar (The St. Regis Macao) received the Silver award.
The Trip.com Group Gourmet 2021 Top Global Restaurant List was introduced in 2016 to provide Chinese travellers with international food and restaurant recommendations, as well as a convenient online booking platform.