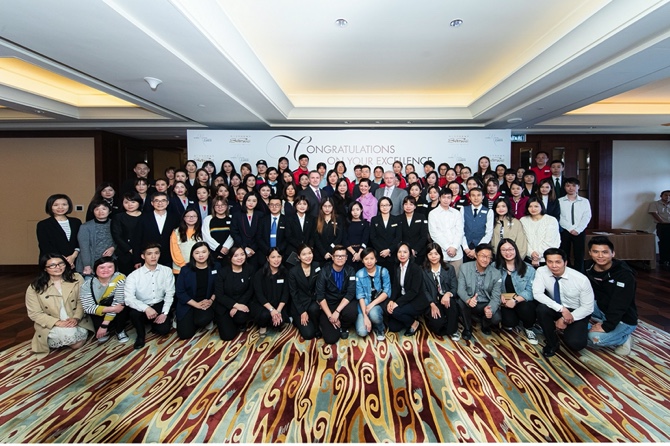 A group of over 200 employees from among the retailers at Sands Shoppes Macao were recognised at a graduation ceremony for the Sands Retail Academy held yesterday at the Four Seasons Hotel Macao.

According to a statement issued by the gaming operator, the group of retail employees represented over 50 brands from several retail categories, such as fashion, watch and jewellery, and general retail.

It was the eighth group of graduates to complete the Sands Retail Academy customer service training programme.

Tuesday’s group of graduates completed three of the academy’s complimentary training programmes: Service Enhancement, with over 110 graduates; Because We Care core values, with more than 50 graduates; and the debut of the new Manager Competence Development module, with more than 30 graduates.

“Sands China is very pleased with the ongoing success of this valuable programme to support our retail partners with service and leadership training for their team members,” said David Sylvester, executive vice president of global retail for Las Vegas Sands Corp.