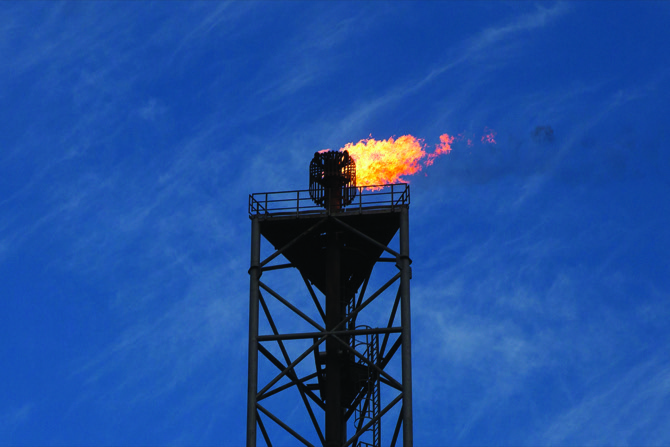 A flame blazes on top of a gas burn off venting pipe . Photographer: Simon Dawson/Bloomberg

São Tomé and Príncipe’s National Oil Agency has begun negotiations with a consortium to sign an oil exploration contract in Block 01 of the archipelago’s Exclusive Economic Zone, the agency’s chief executive said.

The negotiations are the result the interest shown by Total E & P Activités Pétrolières in prospecting for oil in that block following a public tender launched by the National Oil Agency last May.

In addition to the Exclusive Economic Zone, São Tomé and Príncipe has a joint venture with Nigeria, based on a treaty signed in 2001 that establishes 60 percent of revenues for the Nigerian State and the remaining 40 percent for the São Tomé archipelago.  MDT/Macauhub