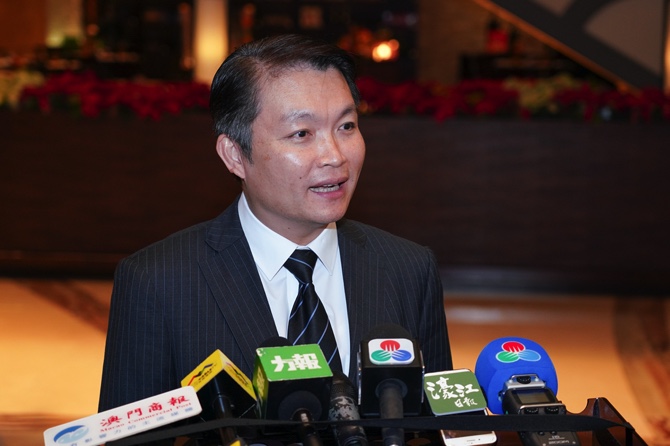 Last year’s 3.4% contraction in gross gaming revenue should not be overstated, according to Macau’s Secretary for Economy and Finance, Lei Wai Nong, who stressed that 2019 still remains the fifth-highest year of earnings for the casino sector since the liberalization at the start of the century.

Secretary Lei has said that he remains “cautiously optimistic” about the overall economic development of Macau.

Last year, Macau’s casinos recorded an accumulated a gross gambling revenue of 292.4 billion patacas, marking a drop of 3.4% from that of 2018.

For the secretary, the slight drop was noteworthy but not a matter of concern.

Referring to the overall picture, Lei stressed that the mass market was reliable and stable. Its ongoing development was sustainable. He deemed that a prominent foundation for the long-term development of the entire industry.

Moreover, he revisited the problems caused for the economy back in 2008 by external factors, as well as in 2014 when the city faced large fluctuations in its gambling revenue. The former trend lasted for a year and the latter covered approximately three years.

Based on these experiences, Lei expressed his faith that Macau residents and companies will be able to weather similar challenges in future. They are, in the secretary’s opinion, psychologically prepared for any possible change in the economic winds of the city.

Lei also said that change in the external environment is to be expected. With regards to casino development in other jurisdictions across Asia, Lei felt confident that operators in Macau will adjust accordingly to cope with the competition as it arises.

He pledged that the government would closely monitor and prepare for any changes in the external environment. It was also disclosed that further infrastructural projects would be unveiled to support the economy. Internal demand is the key, according to the secretary, to economic stability.

Meanwhile, the secretary offered no update on the retender process of the gambling licenses, which are due to expire in June 2022.

In spite of a fall in gross gambling revenue, the visitor count in 2019 stood about 10% higher than a year earlier, amounting to 39.4 million visitors. The total narrowly missed the 40-million figure, previously earmarked as the city’s maximum “carrying capacity.”

In 2019, mainland tourists continued to top the list as the largest source market with a total of 28 million visitors.

Some 194 million crossings of the borders of Macau were recorded in 2019, a 9% increase from that of 2018. Some 75% used the city’s most popular checkpoint, the Border Gate.