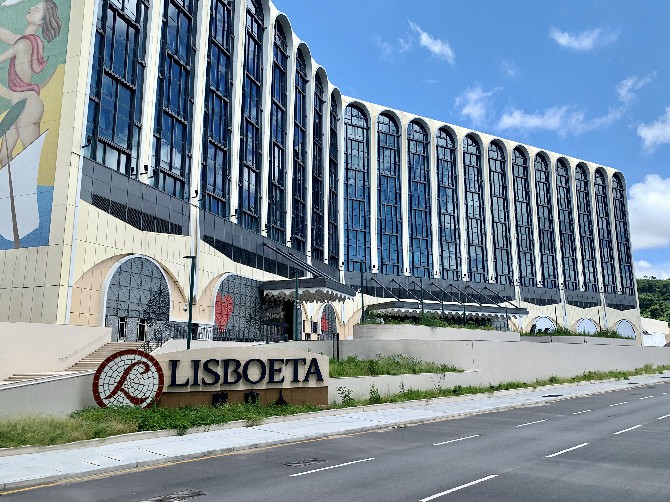 SJM Holdings Ltd (SJM) is going to take over the operation of Casino Diamond, a satellite casino under the group which will go under later this month in addition to the possibility that the group will run a self-promoted casino at its newest property, Lisboeta Macau.
The group’s vice-chairman and chief executive, Ambrose So Shu Fai, revealed this plan in an earlier interview with Hong Kong Chinese media Ming Pao.
The current operator of Casino Diamond delivered a memo to employees that the casino is slated to shut down on July 31 due to the financial hardship it has been facing during the pandemic.
So told Ming Pao that SJM will take back the reins to launch a new casino at the original site, in addition to taking charge of all marketing duties.
However, he stated that SJM and the original operators of Casino Diamond will continue to maintain a flexible partnership. This is understood to mean it is likely that the collaboration between both parties will be reinstated at an opportune time.
“The Casino Diamond will still continue [its operation], as it is a [gaming] venue in Macau, after all. Without the provision of marketing services by the previous provider, it will be transformed into the group’s self-promoted casino,” So told the media.
With the addition of Casino Diamond, the number of SJM’s self-branded casinos will be increased from four to five, including Lisboa Casino, Casino Oceanus at Jai Alai, Casino Eastern located at Artyzen Grand Lapa Macau, and Casino Taipa.
However, the operation of Casino Taipa is still suspended as the hotel that houses the casino was temporarily shut down.
So also disclosed that the group intends to open a new self-branded and self-promoted casino at a newly-opened attraction, Lisboeta Macau, which opened some of its facilities on July 17.
So said the self-promoted casino at Lisboeta Macau will target different customer groups to those targeted by Grand Lisboa Palace, which SJM mentioned earlier was scheduled to open in the first half of this year.
According to a release published by SJM on July 15, Grand Lisboa Palace will be launched by the group soon. It will feature a set of dining options that include Taiwan-based hotpot joint Wulao, and Canton tea house, Chalou.
Daisy Ho, chairman of the Board of Directors of SJM, stated that the group’s vision is to “develop Grand Lisboa Palace as a gastronomy hub for food lovers worldwide.”
So said that SJM has not reached a collaboration agreement with those in charge at the Lisboeta Macau.
Lisboeta Macau, located at Cotai next to Grand Lisboa Palace, is a non-gaming development project under its promoter, Macau Theme Park and Resort Ltd, which is chiefly managed by Arnaldo Ho Yau Heng, a son of Angela Leong On Kei.
Lisboeta Macau is now being employed as a quarantine facility. However, the hotel promoter reassured the public that the hotel and its entertainment attractions are separate.