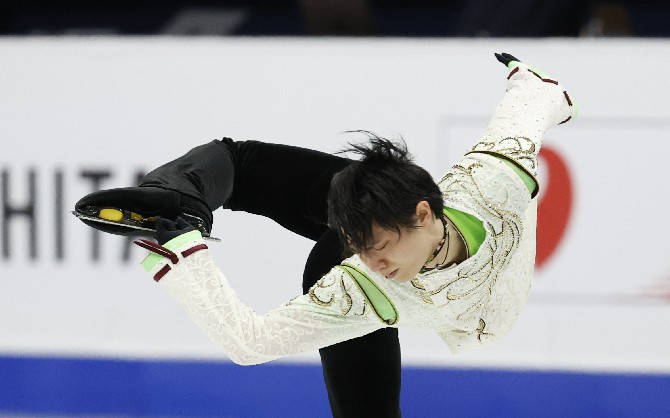 Two-time Olympic champion Yuzuru Hanyu won’s the men’s free skate on Sunday to claim his first Four Continents figure skating title and complete a Japanese sweep of the men’s and women’s events.
Hanyu, first after the short program, received 187.60 points for a total of 299.42. Jason Brown of the United States was second in the free skate to finish second overall with 274.82 points while Japan’s Yuma Kagiyama was third with 270.61 points.
Hanyu went into the free skate with a 15.99 point-lead after setting a world-record score in the short program. He put his hand on the ice on the opening element of the free skate — a quad lutz — but quickly recovered to land a clean quad salchow.
Although he fell on the quad toeloop and it wasn’t his most impressive free skate, Hanyu comfortably won by a wide margin to claim his first Four Continents title.
Japan’s Rika Kihira claimed the women’s title on Saturday.
China’s Boyang Jin, who was second after the short program, fell to fourth place while local favorite Junhwan Cha of South Korea was fifth. AP