Smart city | Researcher calls for tourism to tap into software 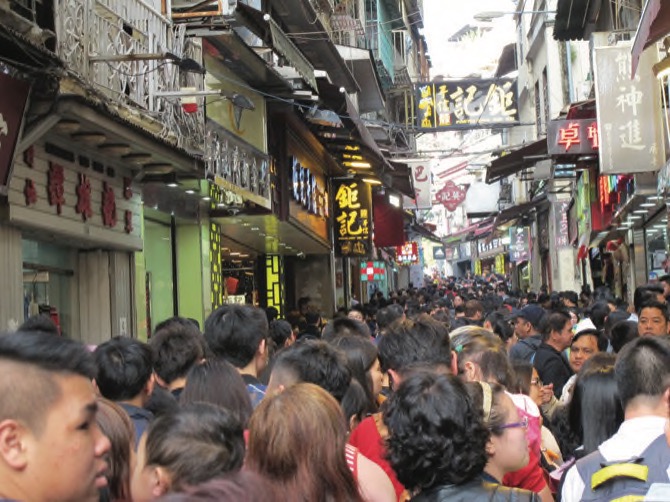 A researcher on tourism  has called for the enhancement of the SAR’s software to help the city achieve its goal of sustainable tourism development.

Jason Ni, executive director of Research, Planning and Strategy at Wynn Macau and Wynn Palace, remarked that the region has been further expanding its capacity for tourism, citing the opening of the Hong Kong-Zhuhai-Macau Bridge.

“The way the government could do it […] is to really try to use software, under the current infrastructure setting,” Ni told the press on the sidelines of his talk at the Macau Science and Technology University.

Ni was involved in the creation of the Macao Tourism Industry Development Master Plan, which sets forth a blueprint for the development of the local tourism sector over the next 15 years, and relevant guidelines for future actions.

“There are a lot of things going on [such as] the […] signed deal with Alibaba about providing the cloud service, which is the basis of almost everything,” Ni recalled.

“So they talk about a lot of measures but […] things that could be happening very soon are, for example, better public bus and taxi […] communication servers. If we use this technology they [the government] will be able to achieve this smart city, and it is a way to increase the level of sustainability,” Ni said.

Meanwhile, when questioned on whether the region should set a ceiling on the total number of tourists, Ni remarked that such a measure would not be necessary and that the city should assess the scaling of tourist arrivals.

“When you figure out a scale, you will be able to jump to the solution. So once a solution is figured out, a ceiling number will not be necessary,” said Ni.

Ni spoke about the city’s tourism carrying capacity (TCC)  study yesterday, urging the region to focus on the solution and the status quo, which could be used as a reference.

The TCC study does not aim to limit nor push tourism growth. Rather, it assesses which parts of the city’s tourism service system are facing stress, as reflected by subjective and objective factors.  LV