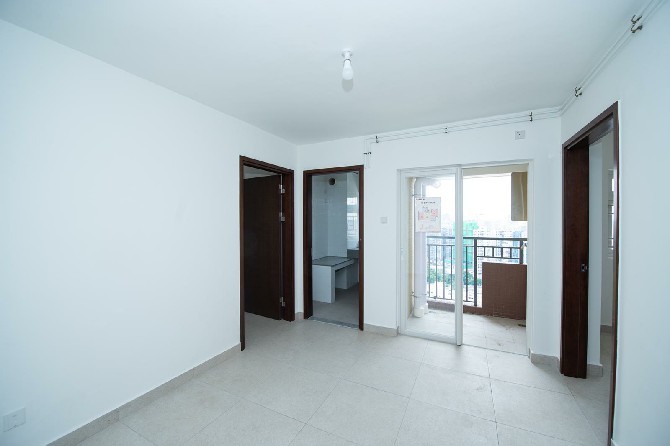 After a decade of construction with several issues along the way, the second phase of the Mong-ha Social Housing estate finally became ready for distribution yesterday.
Named by the government as the Mong Tak Building, the project saw the initial 60 or so tenants sign their lease agreements yesterday morning.
Social housing is a type of residential project built and owned by the government, which then acts as a landlord and rents individual units to eligible residents. This differs from economic housing in which government-invested units are sold to residents.
The tenants who got their keys yesterday submitted applications for their units back in 2017.
Among those signing tenancy contracts and receiving their keys yesterday was Mr Hong, who waited four years for the occasion. Although he had psychologically prepared himself for the wait, he described the period as long. Being the only income-earner in the household, he lives with his sexagenarian mother.
A Putonghua-speaking woman, who revealed she was not an ID holder, suggested that she applied for a one-bedroom unit and that she was accompanying her husband to collect the keys.
Only Macau residents are eligible for social housing.
The social housing project is located on Rua de Francisco Xavier Pereira, with 37 floors above ground level and three below. It provides a total of 768 units, with 256 having one bedroom and 512 having two bedrooms. The area of each unit ranges from 36 sqm to 45 sqm. AL