Special report | Obstructive truck trailers to be removed, sold by the gov’t 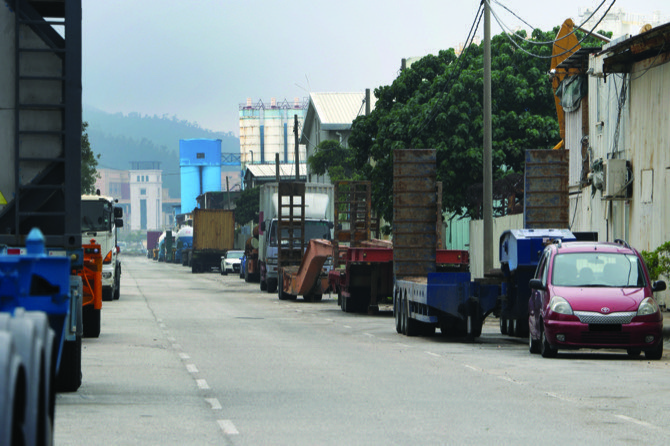 Residents have been complaining for some time about the frequent, obstructive and disrespectful parking of truck trailers in many streets in the surroundings of Concordia Industrial Park in Coloane.

On a visit to the location, the Times observed a significant number of these vehicles parked, some of them reportedly for long periods on streets and areas where parking, and even stopping, is forbidden.

The authorities have been contacted regarding the case, however answers have not been forthcoming. After almost a month the Transport Bureau (DSAT) has finally acknowledged the questions, replying, “we have reinforced our joint operation with the Public Security Police Force (PSP) in removing the truck trailers.”

The DSAT further explained to the Times that “these removed trailers will be subjected to the same procedures as abandoned vehicles, which will mean that if they are not reclaimed by their owners within the legal period, they will be reverted to the government and sold in public auctions by the Financial Services Bureau.”

Asked about the apparent lack of use of several parking areas nearby that are specially designed for heavy vehicles – and despite the alleged need for such spaces – the DSAT would make no speculations about the cause for their underuse.

“We make no assumptions about the reasons that the parking places specially designed and assigned to heavy vehicles are not in use. Meanwhile, we will continue to look for spaces suitable for solving the parking problems of the sector.”

Questioned by the Times on the same issues, the PSP responded: “Regarding the illegal parking situation of the trailers, we have followed up on it proactively and have communicated with the other departments including the Customs Service and the Transport Bureau.”

“We will update the information of the relevant trailers and their owners regularly so that our Traffic Department can follow up and handle the situation more effectively in the future,” added the PSP.

The police authorities also revealed plans to “convene a meeting and coordinate the four parties proactively, [namely the police force,] the transport sector, the Customs Service and the Transport Bureau, and formulate a suitable proposal in relation to the issues of trailers, including their entry and departure from Macau, their registration number plate, the set-up of a legal parking area, etc. in order to solve the problem.”

It is important to note that several accidents have, in the past, occurred involving parked truck trailers, some with deadly consequences.