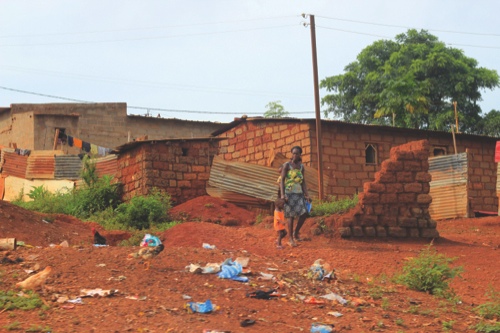 Standard & Poor’s lowered its growth forecast for Angola from 8 percent to 4.5 percent this year with a “stable” outlook, according to the latest report on the country.
The S&P analysts explained the downward review of growth domestic product (GDP) growth with the slowdown in oil production, according to the document cited by Portuguese news agency Lusa.
In the report, which keeps the country’s rating at BB-/B, S&P said, “oil revenues in Angola will continue to support a relatively low tax burden and help address institutional weaknesses, political succession risks and a lack of development beyond the oil sector. ”
For this year, S&P expects a “small budget deficit – less than budgeted – as lower oil production is offset by higher than expected oil prices and a drop in spending on infrastructure.”
In terms of the changes in the country’s rating, S&P said that a more positive assessment may be triggered if there is “economic diversification, greater than expected growth, a substantial improvement in institutional capacity and transparency, or a significant increase in monetary and fiscal flexibility.”  MDT/Macauhub